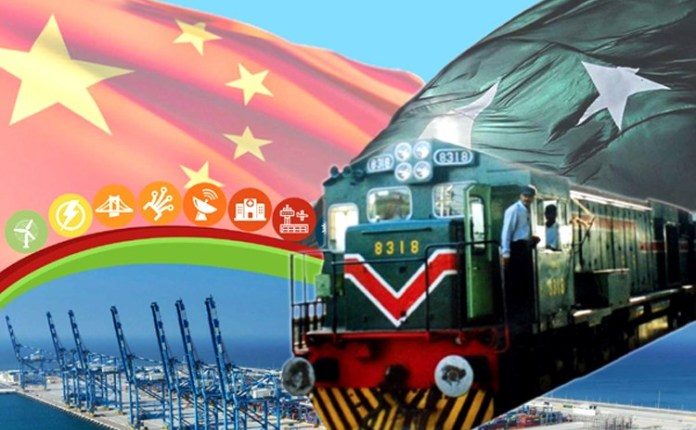 LAHORE: Chinese Ambassador to Pakistan, Nong, Rong, and Federal Minister of Aviation and Railways, Khawaja Saad Rafique, have announced plans to expedite the launch of Main Line-1 (ML-1). The decision was made at a dinner hosted by the Ambassador in honor of Saad Rafique on Wednesday.

ML-1 is the largest of the infrastructure projects as part of the China Pakistan Economic Corridor (CPEC) at a cost of $6.86 billion. The project involves the up-gradation and dualization of ML-1 to increase the operating speed from the current 60 km/h and 105 km/h to a proposed 160 km/h. The project also involves the establishment of a dry port near Havelian. ML-1, the Karachi to Peshawar line, is one of four main railway lines in Pakistan, operated and maintained by Pakistan Railways. The line begins from Karachi City Station or Kiamari station and ends at Peshawar Cantonment Station. The total length of this railway line is 1,687 kilometers (1,048 mi). There are 184 railway stations from Kiamari to Peshawar Cantonment on this line.[4] The line serves as the main passenger and freight line of the country. Seventy five percent of the country’s cargo and passenger traffic uses the ML-1.

The statement did not issue a final date for when the project will be complete, however, the existing timeline for the completion of ML-1 extends to December 2024.

Additionally, Rafique invited the Ambassador to consider partnership of budget airlines with PIA in order to make Pakistan’s small airports functional and provide better travel facilities to passengers. The Ambassador gave his assurance to talk to private airlines in China. Furthermore, the Ambassador also provided assurance to take steps to allow Pakistani airlines direct flights from Pakistan to Beijing and Guangzhou soon.