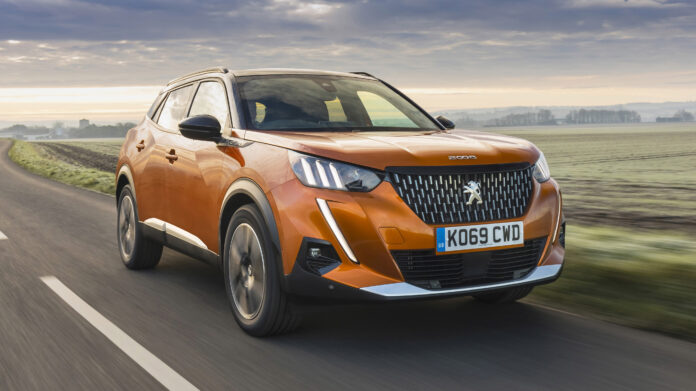 LAHORE: Peugeot Pakistan has introduced the new booking price for their 2008 lineup. The prices for the 2008 Active and 2008 Allure have been increased to Rs 5.4 million and Rs 6.1 million respectively. The new prices represent price increases of Rs 150,000 and Rs 250,000 respectively.

Peugeot Pakistan is a subsidiary of Lucky Motors, and thus like its sister company KIA Motors Pakistan, it too does not reveal its sales numbers as Lucky Motors is not a member of the Pakistan Automotive Manufacturers Association (PAMA). However, these price increases are indicative of the Peugeot 2008 performing well. This is because Peugeot had previously offered a discount on its Active variant whereby the price was slashed from Rs 5,250,000 to Rs 4,999,000.

Peugeot had slashed the price in a bid to galvanise sales, and thus an opposite decision this time around shows that Peugeot is in a position whereby it likely believes that customers will be able to pay the new price.

Both CUVs are likely to cannibalise the sales for each other with odds perhaps in favour of the KIA Sportage Alpha as Lucky Motors has marketed the Sportage as a competitor for C-segment sedans whereas the Peugeot 2008 was marketed towards competing with B-segment sedans. Lucky Motors had never formally expressed the use of a corporate strategy to utilise their Peugeot and KIA brands in synergy to compete against sedans with a pure CUV offering. However, Lucky Motors’ pricing strategy hinted towards that.

Disregarding the Sportage Alpha and the 2008 Allure, and focusing on the remaining variants of the aforementioned vehicles alongside the Sorento, Lucky Motors strategy to compete against B, C, and D segment sedans with a pure CUV offering seems to still stand.

A far fetched assumption that can be made for the 2008 Allure now being priced above the Sportage Alpha is that Lucky Motors feels the Allure to be better received by the market. Such a situation may make it conducive for Lucky Motors to depart with the Alpha, if they so desire in the future, to create a leaner product lineup.