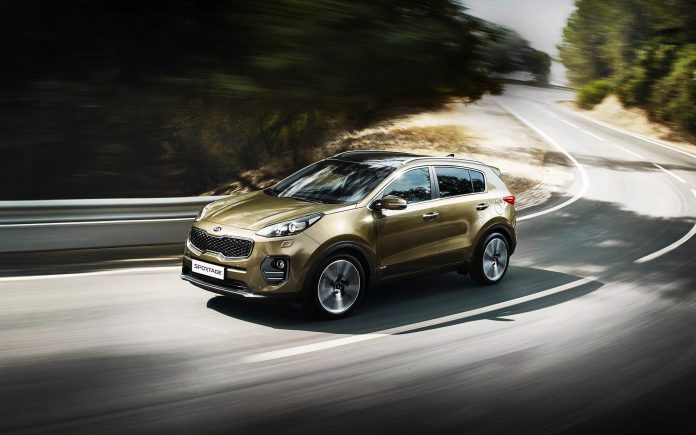 LAHORE: KIA Motors has introduced a limited time discount across its Sportage lineup after which prices are as follows:

The company states that the offer is to “show their appreciation in return for the love that customers have shown them.” The actual reason, however, is likely different; particularly given past precedent. KIA is no stranger to price reductions having introduced a discount on the Sorento earlier this year and on the Sportage in 2019. The former was a blanket discount on all models that lapsed after over half a year of being active .

Profit documented how the price decrease had contributed to depressed sales of the Sorento, and this is a path that the Peugeot may also find itself on as a result of the discount.

However, the latter of the two discounts is one that is often forgotten. In 2019, Lucky Motors had slashed the price of the KIA Sportage FWD by 0.3 million on account of its poor sales performance relative to the AWD variant. This discount proved successful for the Sportage line-up overall with Profit documenting later how the Sportage had become ubiquitous with the CUV segment itself.

Its sister company in Pakistan under the Lucky Motor umbrella, Peugeot also introduced a limited time discount on its 2008 Active variant that spanned several months as well. This too was a way for Lucky Motors to galvanise sales for a particular car that was not performing well in terms of sales. The 2008 Active benefited from the discount and was able to establish its own market presence as a result afterwards.

The latest discount is likely another means for Lucky Motors to spur sales, particularly for its brand KIA. The company is not a member of the Pakistan Automotive Manufacturers Association (PAMA) and therefore, their sales numbers are not publicly available. It is also not their policy to release sales figures at all. However, the automotive industry as a whole has seen sales figures dip to pandemic level volumes.

Lucky Motors applying the discount on KIA’s, and perhaps their best selling car, Sportage, is a telling sign. This is a drastic move despite the company’s aforementioned proclivity for discounts.

In a conversation earlier this summer, President Automotive Division Lucky Motors Muhammad Faisal had told Profit that he expects volumes to be down by 40-50 per cent in FY 2022-23 compared to FY 2021-22. This discount is a likely attempt for KIA to circumvent the slow market that the industry is experiencing.

The novelty of the discount is that the KIA Sportage Alpha is now Rs100,000 cheaper than the Peugeot 2008 Allure which saw its price increase hours before KIA’s decision. The two are likely to eat into each other’s sales as both are crossover SUVs (CUV). The pricing decision also comes weeks after Haval’s decision to introduce the completely-knocked-down (CKD) edition of their CUVs and days after Honda’s announcement that their HR-V will be released very soon.

Faisal had predicted that Lucky Motors would “stick with the Sportage (current generation) for quite some time,” adding that the car is at its peak currently. The HR-V will likely be more expensive than the Sportage whenever it does release, and Haval will likely face production and delivery constraints relative to KIA. A limited time reduction at this time may provide the means to not only increase their own sales but also possibly steal the thunder from their competition. In the absence of being able to release a newer generation vehicle like the aforementioned competitors, a downward price revision may also be the only weapon KIA has in their arsenal to maintain its market position.

Disregarding the Allure 2008 and the Sportage Alpha possibly cannibalising each other’s sales, the discount on the Sportage increases its appeal. Furthermore, taken alongside the 2008 Active, it adds to Lucky Motors’ possible corporate strategy to compete against B, C, and D segment sedans with a complete CUV offering.

Finally, in true Lucky Motors fashion, KIA has not announced when this limited discount will lapse.