Hello, can I take your order from 6500 miles away?

You’d think it was a call-centre at first sight. Rows of cubicles occupied by a small army of young men and women wearing noise-cancelling headphones speaking to customers on the other side of the globe. Yet at this neatly placed little office in phase 5 of Lahore’s DHA, things work a little differently. Because these men and women are not on the phone as customer-care or telemarketers. No. They are taking orders from customers visiting restaurants nearly 6500 miles away.

This is the boiler-room for the up-and-coming Canadian tech- startup Percy, which describes itself as a ‘virtual cashier startup’ — the first of its kind in the world. The concept is simple. Labour is expensive in the developed world, and in a country like Canada the minimum wage is CAD $15 an hour. Restaurants consistently face an issue of a workforce with a very high turnover rate that they have to pay minimum wage to. So what is the solution Percy is suggesting? Instead of hiring a person to do the job behind a counter, just slap a tablet with a stable internet connection onto the counter, outsource the job to a developing country like Pakistan, and have a virtual cashier at your service for as low as $3.75 an hour. The startup has wowed many by putting a person, sitting in another country, taking orders for the walk-in customers of a restaurant at a fraction of what it would cost to hire someone to do the work in-person.

Launched only 10 months ago, Percy has garnered plenty of negative press over labour-rights issues in Canada. Union leaders have been outraged by the tech-driven outsourcing and in its short existence the startup has sparked fierce debates in the country’s retail sector. At the core of it, however, is a no-nonsense business model that has allowed them to make inroads into an industry that has developed cracks since the pandemic. 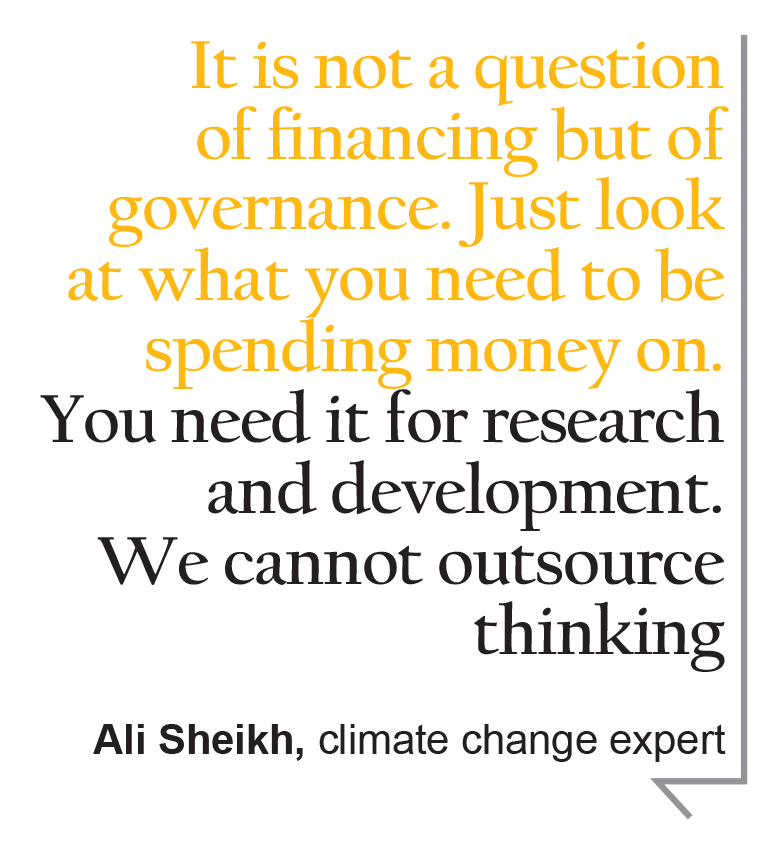 The food-service industry has been reeling from a growing labour shortage in North America, and restaurateurs are unable to find workers even if they are offered salaries above the minimum wage. In Canada alone, the restaurant industry is facing a shortage of about 200,000 workers by December 2021, according to Statistics Canada, the Government of Canada commissioned agency to produce national statistics. This shortage is expected to continue through 2022 and 2023.

The idea Percy is pitching is innovative, tech-driven, relevant, and most importantly timely. Yet as flashy and innovative as it may be, it is grounded in a very in-your-face model of capitalism. How did it come to be? The startup has three founders, but the idea began with a young Pakistani that went to college in Canada.