The SBP has hiked the policy rate by 625 bps in 2022, bringing it to a 24-year high to battle inflation and suppress imports - but is it too little, too late? 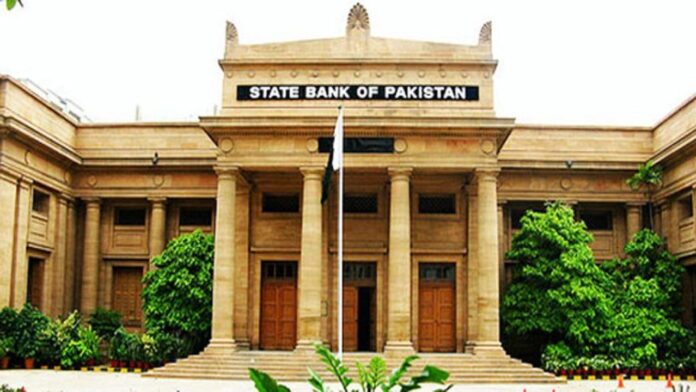 Not many saw it coming. But, in retrospect, perhaps they should have.

Last week, the State Bank of Pakistan (SBP) jacked up the benchmark policy rate by 100 basis points (bps) to 16%, leaving many marketwatchers flabbergasted.

Most surveys in the run-up to 2022’s last scheduled Monetary Policy Committee (MPC) meeting predicted that the central bank would leave rates unchanged. Not a small majority; a vast majority.

They were wrong, yes; but, according to most experts on the matter, they cannot be blamed for being wrong. And there’s something wrong somewhere when a decision of this magnitude is warranted but still unexpected.

In 2022, the MPC convened eight times to decide the policy rate. In January and March, it decided to maintain the interest rate at 9.75%. In April, earlier than scheduled, the MPC announced an emergency meeting and rate hike of a whopping 250 bps, followed by a 150 bps rise in May and a 125 bps rise in July.

During this time, Reza Baqir, the former governor of the SBP retired, Murtaza Syed stepped up as acting governor; and the country battled political instability with a change in government. Following three meetings resulting in hikes, the interest rate was then at 15%.

In August, Jameel Ahmed, a veteran central banker was appointed as the Governor of SBP. The MPC decided to keep the rate unchanged in the August and October meetings, before the hike in November.

Cumulatively, this means a 625 bps rise in the calendar year 2022 alone, making the SBP one of the most aggressive rate-hiking central banks in the world during 2022, behind countries like Hungary, Sri Lanka, and Colombia.

To add to this, Pakistan has the seventh highest interest rate in the world, in the list with countries like Argentina, Zimbabwe, Ukraine, Angola, Iran, Ghana, and Uzbekistan.

It is also important to note that the last time the policy rate was this high was in July 1998 when the central bank set the interest rate to 16.5%. This was just some time after the Chagai nuclear tests Pakistan conducted resulting in sanctions and restrictions on the country’s economy.

The finance minister at the time was Sartaj Aziz, who was later followed by Ishaq Dar in November 1998. You may be wondering why this piece of information is relevant here. It is because Dar prides himself on his experience in dealing with the International Monetary Fund (IMF). “I have been dealing with the IMF for the last 25 years; I will deal with it,” he balked, referring to any potential reservations by the lender on Pakistan’s policy settings prior to the annual meetings organised by the IMF and World Bank in October 2022 shortly after taking over the finance ministry.

It is also relevant because many observers say that, keeping in mind the upcoming IMF review, it is likely that the MPC decided to hike the policy rate to show more macroeconomic and monetary prudence – hoping for a smooth review, which remains pending.

So was it inflation or IMF?

“The decision of the last two MPC meetings to keep the interest rate constant might have given this impression to markets that this time too the SBP will not increase the rate. However, we also need to keep in mind that a policy rate increase is also an underlined requirement that the Government of Pakistan needs to meet before the IMF’s 9th review. The SBP cannot continue indefinitely with negative policy rates,” says Abid Qaiyum Suleri, the executive director of the Sustainable Development Policy Institute (SDPI).

“SBP was compelled into increasing the policy rate for several reasons. First, it had been behind the curve with its reactive stance, and was forced to catch up as inflation, especially core inflation, continued to march upwards. A second compulsion came in the form of pressure from the IMF, which believes – correctly – that Pakistan’s policy framework is still too lax viz the external account challenges it faces,” says Sakib Sherani, Former principal economic adviser, Ministry of Finance and ex-member Prime Minister’s economic advisory council.

Hafeez Pasha, economist, former finance minister, and academic, however says that inflation remains a primary reason for the rate hike.

“Core inflation was approaching 15%. This statistic is linked more to demand and is a better indicator of demand. The MPC ideally tries to keep the policy rate slightly positive in relation to the core rate of inflation,” says Pasha. Core inflation increased since the previous MPC meeting further to 18.2% and 14.9% year on year in rural and urban areas respectively.

“A key reason behind rising policy rates is to increase the cost of importing,” says Pasha. The Current Account Deficit (CAD) has continued to moderate during September and October reaching $0.4 billion and $0.6 billion respectively. Cumulatively, the current account deficit during the first four months of FY23 fell to $2.8 billion, almost half the level during the same period last year.

Sherani agrees: “As much as inflation, a key concern for SBP is the continuing pressure on the balance of payments. Despite the reduction in the current account deficit in recent months, imports need to be contained further.”

Whatever the actual reason is, there is no getting past the fact that the SBP is sending mixed signals to the market, evident not only in way-off-the-mark predictions in surveys, but in the MPC’s statements.

A month ago, the SBP said “headline inflation is still projected to gradually decline through the rest of the fiscal year, particularly in the second half,” adding that inflation would fall towards the upper range of 5-7% medium-term target by the end of FY24.

In the November statement, the SBP said: “The momentum of inflation also picked up sharply, rising by 4.7% (m/m). As a result of these developments, inflation projections for FY23 have been revised upwards.” But then adds that, “while inflation is likely to be more persistent than previously anticipated, it is still expected to fall toward the upper range of the 5-7% medium-term target by the end of FY24”.

These statements contradict each other as the SBP is saying inflation will gradually recede, while still saying inflation estimates have been revised upwards. Moreover, the medium-term targets of 5-7% are consistent and there seems to be no upwards revision in this regard.

It is important to consider why the market did not expect a rate hike. Why did the market expect the SBP to take sentiment or politically-driven decisions as opposed to statistics and economic fundamental-driven decisions? This is not a comforting question.

“The market was surprised, even though it wasn’t a surprise for me as I expected the SBP to hike nominally when inflation rises. Growth has slowed down and so the market was expecting the SBP to align its goals towards growth. However, one can say that the SBP is now prioritising targeting inflation. There is a divergence in priorities between the market and the SBP,” says Amin.

To tackle this issue, Amin suggests that the SBP needs to be clear in its communication regarding inflation. “Well-designed and well-structured communication with the market may be more important than the policy rate at this point in time.”

However, in order to tackle inflation, rate hikes may or may not be the right way forward.

He adds: “Rate hike will not address the problem of inflation. Ours is a cost-push inflation, triggered by certain external factors. Domestically, Supply chain disruption due to floods has also contributed to it. However, SBP needs to contain the demand to insulate the value of the rupee against the dollar coming under pressure. One can argue that hiking the policy rate is important at this stage to ensure the value of the rupee does not nosedive against the dollar.”

Echoing the sentiment, Pasha argues that the causes of inflation aren’t necessarily generated from higher demand. “It is primarily cost-push. Higher fuel prices result in higher electricity tariffs. With the upcoming gas tariffs, pressure will build up,” he says.

“If anything, aggregate demand has gone down while investor sentiment is also negative. People are unable to spend, which means the problem is on the cost side,” adds Pasha.

While the policy rate has been hiked, any expert on the subject will tell you it is important for monetary and fiscal policies to work in concert to contain inflation. Keeping the flood situation in mind, it will be difficult for the government to cut back on government expenditures to keep a lid on the fiscal side.

“To some extent, the fiscal and monetary consolidation will be achieved by hiking policy rates. However, the question arises how to balance the social spendings in an economy which is already facing the threat of stagflation (growth forecast 2%, high inflation persistent) and consolidating vs consolidation through policy measures,” says Suleri.

Pasha however feels that the decision to hike the policy rate will add to aggregate demand.

“It is important to note that this rise in interest rates will contribute more to demand pressure as the cost of debt servicing goes up. We have to renew maturing domestic debt of Rs 19 trillion. Adding a 1% point to the interest rate means higher debt servicing costs. This is an additional cost on the budget and increases the deficit,” he says.

Policy levers can be confounding, and finding a balance is not easy most of the time. This was the last scheduled MPC meeting for 2022, which has been a rollercoaster ride for monetary policy amidst a multifaceted economic crisis. For most, 2023 does not look like it will be any easier – but it remains to be seen if, at the least, the apparent gulf between expectations and action, as well as policies and realities, can be bridged.

And most importantly, between action and reaction.