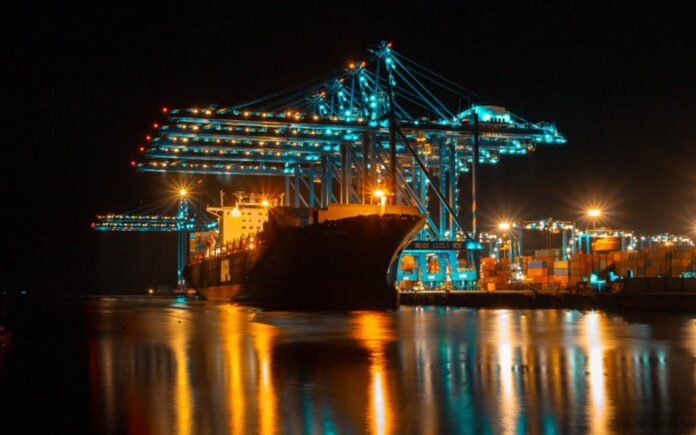 ISLAMABAD: At least six vessels containing valuable oilseeds important for Pakistan’s food security continue to be stuck at Port Qasim because of ambiguity and confusion between different ministries over the issuance of a certification.

What is behind the delay?

According to a member of All Pakistan Solvent Extractors’ Association (APSEA), two shipments of the vital oilseeds have not been cleared since October 20th this year. A reliable source in the the Plant Protection Department (DPP) of the Ministry of Food Security and Research said the shipment had been stopped over the issuance of a certificate by the ministry of climate change. While there were only two ships held up initially, others have joined and are also stuck at the port.

According to insiders, the issue was created after a letter of Customs sent to the Ministry of National Food Security and Research (MoNFS&R) indicating that the imported oilseeds are genetically modified organisms (GMOs) to be cleared after due certification.

Interestingly, according to officials, it was the first time that the issue was raised by Customs despite the fact that the Department of Plant Protection (DPP), an attached department of MoFS&R has been releasing similar shipments without the certificate in the past. The certificate, interestingly, is the mandate of another ministry, the Ministry of Climate, which, after the development, is also confused how to treat the imported consignment and issue the relevant certificate.

An official at the Ministry of Climate Change, however, claimed that his ministry has the mandate and due process of inspecting the GMO products. Meanwhile, through a letter to MoFS&R the association has also requested for an urgent meeting to discuss this extremely crucial issue. APSEA reiterated that the real reasons for refusal to clear oilseed cargoes are not GMOs as it has been an implied fact well known to all concerned for many years.
According to the Association, the decision to stop clearance is driven by mala fide intentions.

According to APSEA the DPP has a history of unwarranted delays in cargo clearance that have cost the country dearly in terms of foreign exchange paid for demurrage charges. The letter said that the ongoing blockage of oilseed cargoes might be an attempt by a vested group to stop value addition in the country and start imports of soybean meal and oil, the end-products of soybeans.

Pakistan relies heavily on imported oilseeds to meet its caloric demands. ‘Oilseeds’ are seeds grown primarily for the production of edible oils. In the broader sense, peanuts and soybeans can be considered oilseeds. Other examples include palm, canola, sunflower, and olives. The problem is, Pakistan does not have high quality oilseed plantations that are genetically modified organisms (GMOs). GMOs are resistant to weather and other climate disasters such as floods.

But since Pakistan has a huge demand for edible oil, GMO seeds are imported from foreign countries and sown in Pakistan. According to a report of the central bank, Pakistan’s palm and soybean-related imports stood at US$ 4 billion in FY21, rising by 47 percent year-on-year, compared to compound average growth of 12.3 percent in the last 20 years. This is largely because Pakistan has been unable to develop its own GMO seeds and has to depend on imports. However, with shipments stuck at the port there may be a serious delay in the seeds getting to the market.

As per another official, for the certification of the imported goods of GMO, a prior registration of importers and firms was also needed as per the set rule. On the other hand an importer of the oilseed claimed that the importers have already applied for the registration in 2018 but they were yet to be registered by the concerned ministry.

A reliable source at MoFS&R informed this scribe that, keeping the blockage of imported shipment at port, some diplomats from the importing countries have also approached the ministry to pave the way for early release of the vessels.

On the other hand an official at the ministry claimed that while anticipating the crisis in the poultry industry following the blockage of the imported oilseed, a byproduct which is also used in poultry feed, the sale of local maize has been multiplied which ultimately has benefited the local farmers. Maize is the principal energy source used in poultry diets in most of the countries because of its high-energy value, palatability, presence of pigments and essential fatty acids.