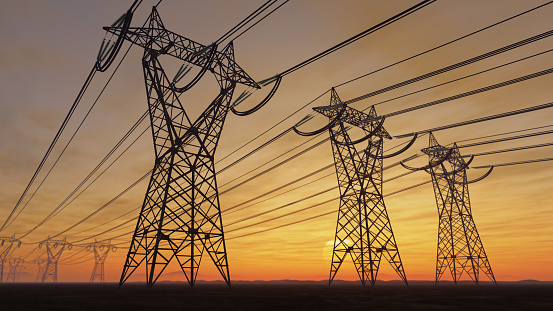 ISLAMABAD: An internal inquiry of the Islamabad Electric Supply Company (IESCO) investigating a corruption scam has assigned junior officers to investigate their bosses. Sources have confirmed to Profit that the IESCO management has constituted a five-member inquiry committee to initiate a probe into irregularities in the tender process for the building of a road in Rajjar.

According to details, IESCO had been working on two projects that have come under question for irregularities. One was the repair work for an approach road to Rajjar, while the other was the construction of a boundary wall of a grid station of IESCO. Some of the senior management of IESCO has been accused of making money off of a bogus tender for the projects.

However, the Chief Engineer assigned to head the committee will have to ask questions of his own CEO, who is his boss, and is allegedly involved in the scandals of electrification of illegal housing societies and installation of free of cost transformers. Another inquiry is already going on against him.

Sources said that a new approach road was earlier constructed for Rajjar grid station of Jhelum district under the supervision of Executive Engineer Civil (IESCO) through a tendering process. However, Executive Engineer Civil (IESCO) had refloated road maintenance tender of the same approach road of Rajjar grid station a few months ago though the security maintenance period of this road was for one year while there was no need of road construction or repair until 2025 i-e three years as per IESCO rule/plan. Moreover, as per IESCO tender advertisement rule no tender is issued to a firm /contractor whose any civil work is pending from the previous year works tenders in the same division. But the tender winning company had several pending works of the previous year on its part.

The newly constructed approach road of Rajjar grid station does not need any maintenance as it is currently available in good condition and anyone can visit the road site to know the actual condition of this approach road, sources added.

Back in October, IESCO management including the CEO were accused of involvement in irregular payments of special allowance worth approximately Rs 9.25 million to its high ranked officers for 40 months in violation of rules and regulations of Water and Power Development Authority (WAPDA).

Syed Manzoor Hussain Shah Kazmi, chairman Anti-Corruption Cell, Labour Unity of Islamabad Electric Supply Company (CBA) who had earlier requested the Federal Investigation Agency (FIA) through an application to investigate both matters were asked by the inquiry committee to appear on 29th November 2022 and submit his evidence regarding ‘bogus tendering process’ of the tender of Rajjar approach road and construction of boundary wall of a grid station of IESCO. But he refused to appear.

When contacted, Syed Manzoor Hussain Shah Kazmi (the complainant) said that this inquiry committee is composed of junior officers and it is formed only to save the skin of higher management of IESCO. “I have informed the CEO of IESCO that I will not appear before this inquiry committee whose members are junior to the accused while the members of this committee are also involved in various irregularities, financial embezzlement and they are already on FIA’s radar as the FIA is investigating against them,” he said.

Chairman Anti-Corruption Cell, Labour Unity of Islamabad Electric Supply Company (CBA) also said he has asked the FIA to check and scrutinise the tender documents of the last two years to find the truth behind the corruption and misuse of authority allegedly committed by the officials of IESCO. Since both matters are related to public importance and misuse of public money, the FIA should wake from its slumber.

It is pertinent to mention that the length of the designed retaining wall is 131 feet, while the length of excavation is 310Ft. Similarly, the designed height is 13.5 Ft and the depth /height of excavation is 31.5 Ft. When contacted IESCO spokesman, he earlier said that the representatives of Operation Directorate have confirmed that the inquiry committee had already been constituted to inquire about the issue. And, a report will be shared as and when it is issued.