If the SBP bothered to actually pick up their pens and put things in writing. maybe the market wouldn't believe every other rumour associated with it 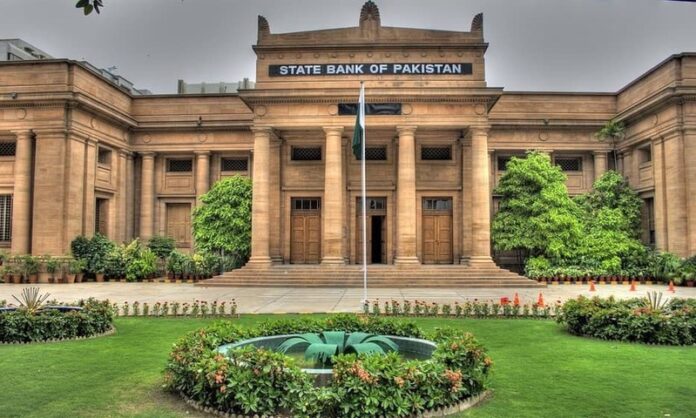 Any two-bit relationship therapist will be able to tell you one simple, oft-repeated, common knowledge mantra about life: Communication is key. This is as true in relationships between people as it is in the world of finance. And with high stakes comes the need for absolute clarity, which is why most communication in financial relationships is done in writing – black and white in tangible or virtual form. This is to bring in trust and establish proof for later recollection. In a simple form, it is a form of commitment.

The State Bank of Pakistan’s (SBP) relationship with banks is somewhat similar. As a regulator of banks, it needs to establish a strong chain of communication with them. While conversations, round tables, discussions, etc do exist- decisions and announcements are communicated through circulars and notifications. However, over the past few months, some decisions were communicated behind closed doors in meetings. The contents of the meetings, however, have often been leaked to the media.

This week, Profit and other media houses reported that the SBP has verbally asked banks to not process any LCs until December 6th so that the Eurobond can be repaid. Within a few days, the SBP denied the news and rebutted it in strong words. There was a time when it would have been easy to ascertain the veracity of the news. Did the central bank say anything in writing? If they did, it was right there. If they did not, then you had your answer.

The problem is that in recent times the SBP has regularly been verbal with its instructions to the banks. This has in many ways allowed rumors to be taken at face value, allowing them to spread like wildfire.

To understand the increased usage of verbal instructions, Profit is looking back into past examples.

For instance, in the first week of June 2022, the SBP called a confidential meeting to warn the treasurers of the top 8-10 banks, at the behest of the Ministry of Finance. During the meeting, the SBP expressed displeasure with the borrowing rates and the current exchange rate. The meeting discussed bank participation in the Treasury Bills (t-bills) and Pakistan Investment Bonds (PIBs) auctions, and participation in money markets, after which the SBP told the banks to start bidding lower in the auctions and talked about the threat of the government imposing a super tax on fixed income earnings in the case banks did not bring down yields. Banks were also cautioned on their Foreign Exchange (FX) activities.

The bank treasurers present in the meeting were warned that if the banks did not comply, bank Presidents would be called in for a one-on-one meeting for a “dressing down” by the SBP.

Similarly, on June 20; Profit reported how banks have been turning away letters of credit as foreign exchange liquidity became scarce – this is when the interbank was running out of dollars. Banks were told not to give quotes for import transactions by the SBP. Sources at the time claimed that banks were instructed to process imports of lesser or equivalent to the volume of exports processed, and LCs that were sent for processing to the SBP were held back due to administrative delays.

The SBP issued a statement, however, saying that it had not stopped banks from making import payments.

Moving forward, on June 21 the SBP reduced the Cash Reserve Requirement (CRR) and the Special Cash Reserve Requirement (SCRR) against FE-25 deposits on a temporary basis. This was to flush the interbank with liquidity. However, the quantum of the SCRR release was done on a case-to-case basis and varied between banks – with the banks asking the SBP to slash individually. The SCRR slashes, however, have not been publically announced by the SBP.

In August, the SBP asked banks to limit their operations of open accounts. An open account transaction in international trade is a sale where the goods are shipped and delivered before payment is due. Again, this was not publicly announced.

Over the past few months, the SBP has had a tough job. Every few days the market goes into a frenzy over the possibility of Pakistan defaulting on its external debt repayments. Building up to this week, there was considerable chatter over the likelihood that kept the rumor mill alive.

The SBP’s current job of managing inflation, curbing outflows, maximising inflows, and regulating the sector has been tougher than normal conditions over the last three quarters. For context, On Thursday, SBP’s reserves decreased by $327 million touching $7.5 billion. The country’s total reserves including reserves with banks went down by $267 million to touch $13.4 billion. As a result, the import cover based on the average imports of the last 12 months clocked in at 1.1 months, which is significantly low.

The very fact that the SBP had to set a limit for minors spending foreign currency shows you how severe the situation has become.

While there is no harm in holding confidential meetings between the regulator and regulated entities; it is important to note that instructions from the SBP cannot just be verbal. Since a number of such instructions have been made verbally, people will believe just about anything about the SBP.

To its credit, the SBP has been trying various avenues to make sure its external communication is clear. It posts on social media, has initiated a podcast to answer commonly held questions, and also does a very comprehensive job at disseminating data. The team is very responsive to questions by the media and any external stakeholders too. It is effortless to get confirmation and explanations from the SBP. However, the external communications department is different from the role of operational departments.

Operational departments that regulate banks often speak to banks and give instructions. These don’t always translate into circular notices. More often than not, the contents of these instructions are leaked in conversations among peers and to the media. They are often fact-checked and cross-checked with multiple sources.

Sometimes, however, they are not. Owing to this being a recurrent theme, it is common for people to take them at face value. This does not absolve journalists from fact-checking and being thorough with their work. However, this puts a question on the SBP’s credibility while also pushing the country and capital markets into a sense of panic, something Pakistan definitely does not need more of.

Commenting on the previous monetary policy statement Dr Sajid Javed Amin, economist and founding head of Policy Solutions Lab said, “Well-designed and well-structured communication with the market may be more important than the policy rate at this point in time.”