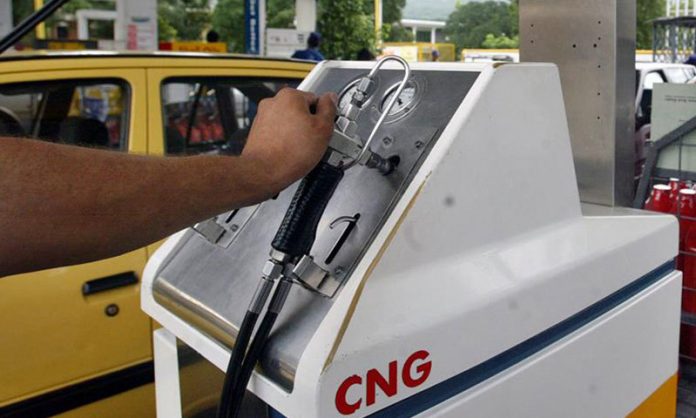 ISLAMABAD: Pakistan’s Compressed Natural Gas (CNG) association believes that it has the solution to the government’s biggest problem – reducing foreign currency payments abroad necessary for fuel imports at a time the country’s exchange reserves are falling sharply and barely cover a month’s imports.

The instant supply of 50 million cubic feet per day (mmcfd) of local “unutilised” natural gas to the CNG Stations for its sale as fuel for motor vehicles can benefit the country to the tune of approximately $778.93 million annually to the country, a leader of the CNG association, Ghiyas Abdullah Paracha, claims.

“While having 25 years’ long experience in the gas sector, I can ensure $200 million worth of benefit to the country within one month with available resources if an opportunity is given to me,” said Paracha, adding that he is ready to prove his claim on any forum.

He called on the government to give the CNG dealers the necessary support to make this happen, and said he had submitted the calculations to authorities for consideration.

Local gas reserves in Pakistan have fallen sharply over the years, with supplies from existing fields dwindling and no new reserves having been discovered of note. CNG, once prevalent as a fuel across Pakistan, has been pushed to the margins again as supply of the local gas has been curbed in the face of falling reserves.

But Paracha believes that the answer lies in turning to CNG again.

Sharing details of his calculations, Paracha said approximately $434.49 million per annum can be saved in fuel consumption, while saving can also be made on the persistent problem of Unaccounted for Gas (UfG) worth $52.84 million annually. Similarly, he said, the supply of an additional 10 mmcfd to CNG Stations for new conversions can save $86.89 million per annum Furthermore, installation of sequential injection kits in motor vehicles will save 17.54 million liters of petrol and as a result foreign exchange of $13.03 million per annum.

He pointed out that CNG infrastructure was already set up across the country, and it would also be cheaper and more eco-friendly fuel, which will also benefit the masses in terms of price relief.

A total 2,300 CNG stations are established in the country and out of which 1,100 are in Punjab, 600 in Sindh, 575 in Khyber Pakhtunkhwa and 25 in Balochistan. Currently, approximately half of the stations in Punjab have suspended operations due to non-availability of gas since December 2021. About Rs 150 billion has been invested in CNG kits, and the direct and indirect employment in the CNG sector stands at over 500,000. The total gas supply needed by the entire CNG sector is 400 mmcfd.