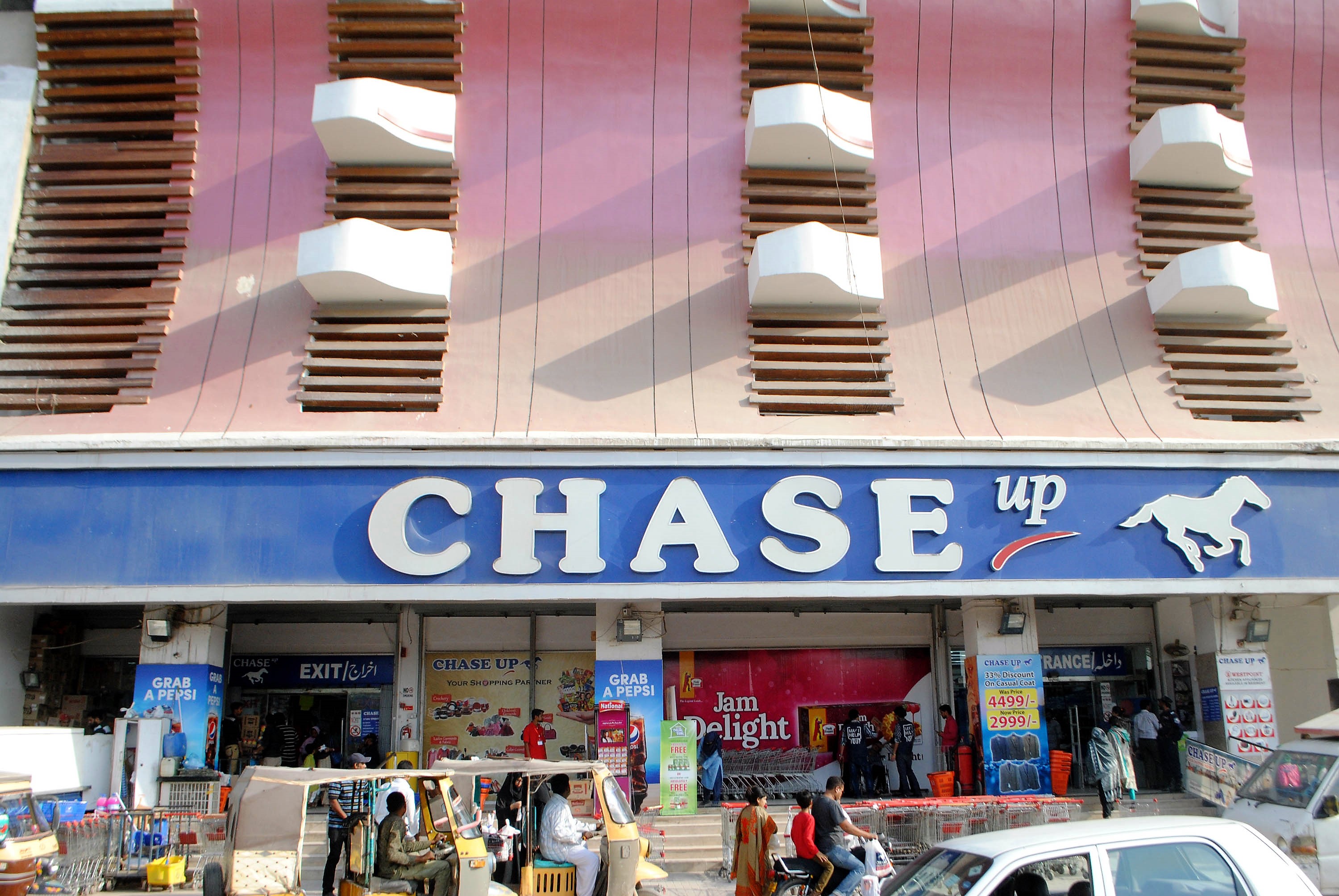 It was back in 2004 when Bashir Abdul Ghaffar decided to wind up ‘Chase Up’ Departmental Store, the garment business his late father Abdul Ghaffar had found 20 years ago in the neighborhood of Bahadurabad (present day location of Imtiaz Super Store).

The reasons to close down were many; mainly the losses the family was bearing for a long time and a higher pricing model for the premium product range that was not working out well for the business. In order to get rid of all that was left behind of the family-owned garment merchandise, Ghaffar brothers – including Bashir, Farooq and Iqbal Abdul Ghaffar – decided to put on sign board reading clearance sale, which offered up to 50-60% off.

To their surprise, the sale that was meant to clear the stocks of the store became an instant hit among the masses. Flocks of customers rushed in day and night at the Shaheed e Millat, NIPA and Clifton outlets. As a result, the company had to source additional supplies from its vendors, extending the sales for almost three months as opposed to the planned two weeks.

It was only then that the Ghaffar brothers understood the mantra of selling their products: competitive and affordable prices for good quality garments – an idea that was so successful during the sale days as a fluke.

Chase Up Departmental Store closed its doors once the sale ended, however a new idea was born out of the death of this family business – a value mart with affordable prices.

In 2005, the business restored the NIPA outlet, albeit with an exception; the family business of Chase Up Departmental Store split into three separate businesses to be headed by three sons of Abdul Ghaffar.

Even today the three are still perceived as one company by customers, however internally there’s no relation whatsoever between the companies.

Today, with more than 1,500 employees and a newly established head office in Karachi, Chase Up is on the way to become a corporate entity. After being in business for more than 30 years, the owners have now decided to transform the departmental store model into a corporate model. In order to do so, Chase Up has set up its IT department, HR Department, Marketing Department and other operational departments in last one year.

Chase Up is currently the largest non-grocery store and the second largest grocery store in the city. The departmental store also expanded to Punjab two years ago, opening its largest outlet in Multan.

The brand has also aggressively expanded in Karachi, where previously only three stores were operational for 20 years under the family banner now a decade after restructuring the business model Chase Up witnessed increased sales which helped the family to expand into seven outlets within a very short span of time.

All three seem to be doing well on their own as of today. A demonstration of the individual strength can be seen in North Nazimabad where all the way from Board Office bus stop to Five Star Roundabout, where they operate within a diameter of 1 kilometer; yet each of them attracts its fair share of customers.

Muhammad Meraj Hussain, Head of Marketing at Chase Up, discusses the company’s struggles, rerouting and current prospects of becoming a national value mart – a go to place for affordable shopping.

Talking about the sourcing of Chase, which Hussain considers the company’s strength he said, “Our directors are themselves buying heads for their respective categories [because of which] our sourcing is very strong.’’

The directors, Bashir Abdul Ghaffar, Salman Bashir, Jawad Bashir and Mustafa Bashir personally look after the buying of garments, crockery, cosmetics and grocery respectively and maintain the sourcing from China where 90 percent of non-grocery items are merchandised from.

“With good buying and good sourcing, we are able to transfer good quality [merchandise] at very low prices to our end customers,’’ Hussain said of the aspect that surrounds the current business model. As per Hussain Chase Up keeps its sales margins as low as possible and in certain cases beats the wholesale rates as well.

“The current business model is giving maximum benefit to our end customers and [making] minimal profits,’’ he said of the strategy that has enabled Chase Up to grow at a rate of 18-20 percent every year – accumulating a 90 percent growth in last five years.

Hussain openly admitted that Imtiaz Super Store, its biggest competitor and retail giant, is currently the market leader with a huge margin. However, he proudly mentions the narrowing gap with every passing day. Some industry experts even say that Chase Up currently holds 18 percent market share in major categories of grocery against the 20 percent of its competitor — a narrow margin to be filled.

Although, the company’s strength till today remains to be garments, children garments in particular, as per Hussain Chase Up is determined to become the market leader in grocery category as well — an arena that the company stepped into back in 2009. In order to tap a greater market, the company plans on expanding its recently launched online store which currently features grocery items mostly.

“Chase Up was not online for so many year because we were strengthening our offline business,’’ said the Marketing Head. Hussain says it will take time to introduce all products of the physical store in the online store, however, “the company sees it in a positive way and is optimistic’’ with the response it has received for grocery so far.

In order to further strengthen the brand presence and establish Chase Up as a major player amid the growing competition, Hussain indicated that company’s focus area will now be Punjab where customers with ‘huge pockets’ are attracting major retail players. The already operational Multan store is also the store with the highest footfall of 1,000 customers per day.

Seeing the success of its first store in Punjab — which Hussain considers the new battlefield of retail market — the company plans to invade Faisalabad in 2017.

Industry sources also claim that the company will also venture out for an IPO in future. The Marketing Head himself indicated that there’s a possibility of such an initiative in next five years or so.

“Strategy is to embed Chase Up’s name in every customer’s mind,’’ Hussain told of his foremost priority. “The first name that should come to any customer’s mind for retail shopping – regarding grocery or non grocery shopping – should be Chase Up; that’s our aim,’’ he said with a determination with which the company was founded some 30 years ago.