Banks hesitant to facilitate trade with Iran despite accord 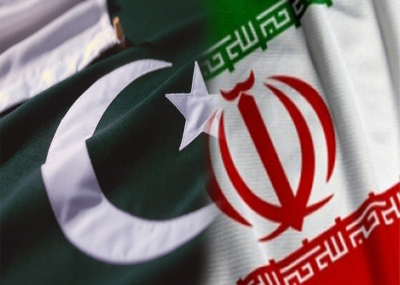 Though Iranian market has opened for many products after lifting sanction on the neighboring country in tandem with United Nations Security Council (UNSC) Resolution 2231 (2015), banks in Pakistan are still reluctant to facilitate trade with Tehran.

Despite an agreement signed by State Bank of Pakistan and the central bank of Iran on Banking and Payment Arrangement (BPA) in April this year, the banks here are hesitant to go far any transaction process, accepting a letter of credit (L/Cs) or e-Form for unknown reasons.

A group of rice exporters and members of Rice Exporters Association of Pakistan (REAP), told Pakistan today that though the trade with the neighboring country has been established after lifting sanctions it is not through registered mechanism or banking channel.

“The official trade with the neighboring country is yet to be started. I do not know why SBP has not instructed commercial banks to accept E-Forms from exporters and start the transaction,” they, said.

Over 30,000 tons of Basmati Rice could be exported if the banking channel is established for facilitating trade with Iran. According to them, Iran was facing a shortage of rice and after lifting of sanctions, Iran preferred Pakistani rice. During sanctions period India had captured Iranian markets.

Patron in chief of Pakistan Fruit and Vegetable Exporters, Importers and Merchant Association Waheed Ahmad said that Pakistan was losing huge revenue in terms of foreign exchange for the lack of the banking relations with Iran despite the fact that large volume of unregistered trade with the neighboring country has been reported through various means.

Due to the proximity and huge consumption of imported fruits, Iran has been a lucrative market for Pakistani fruit. However, international sanctions on Iran due to its nuclear programme have adversely damaged its trade with Pakistan in recent years.

An official source at SBP, however, claimed that since the regulators of the two countries have signed agreements, exporters may approach National Bank of Pakistan for the trade-related matters in case the commercial banks hesitate to open L/Cs.

“No bank has been stopped from facilitating trade with Iran,” he said. The objective of this BPA was to provide a trade settlement mechanism to promote trade between Pakistan and Iran.

This mechanism will be used for the payment of trade conducted via L/Cs and in accordance with international laws and regulations.

In the next step, both the central banks were invited banks in their respective jurisdiction to act as authorized banks for undertaking trade transactions under the newly signed BPA.

It is pertinent to mention here that various delegations of Pakistani bankers, including Bank Alfalah, Summit Bank and Meezan Bank and others, visited Iran in 2016 to explore system and opportunities to set up banking channel with Iran.

According to an estimate, trade between Pakistan and Iran peaked at $ 1.32 billion in 2008-2009 but subsequently declined to less than $300 million till last year.

It is expected that the lifting of sanctions and restoration of banking channels between Pakistan and Iran would revive normal trade and business activities between the two neighbors, the central bank stated earlier.