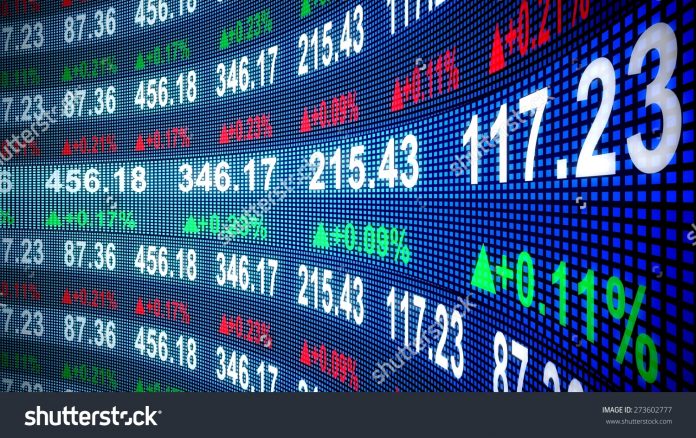 PSX remained within a notch, closing slightly on a high. The rebalancing of MSCI FM markets to EM status seemed to have been on the back bench as the market sustained Monday’s levels.

A total of 146 scripts gained, 190 fell while 19 remained put. The market volumes slightly declined from 255.14 million to 231.7 million for the day. Highest volumes were recorded in Engro Polymer & Chemicals Limited (EPCL +4.98 per cent) followed by Dost Steel Limited (DSL -0.5 per cent).

Commercial banking sector & Cement added 0.37 per cent & 1.22 per cent to their respective market capitalizations during the day while Oil & Gas Exploration and Oil & Gas Marketing lost 0.64 per cent & 0.93 per cent respectively. Volatility in oil prices after the diplomatic feud in the Middle East resulted in investors exercising caution in the Oil & Gas sectors.

Kohat Cement Company Limited (KOHC +1.59 per cent), in a major announcement, disclosed its plans to up its capacity adding 7,800 tons per day by installing a gray cement production line along with setting up a waste heat recovery power plant. Kohat added itself to the list of Cherat Cement Company Limited (CHCC -0.5 per cent), Dera Ghazi Khan Cement (DGKC +1.57 per cent) and Lucky Cement (LUCK +1.43 per cent) all of which have announced secondary plans for expansion in addition to previous expansion plans.