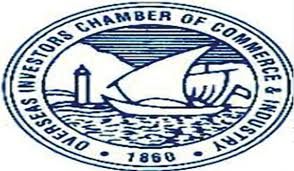 Lahore: The Overseas Investors Chamber of Commerce and Industry (OICCI) on Wednesday flayed the Punjab government and expressed regret for not reducing the 16pc sales tax in the FY 2017-18 budget which stays 3pc higher than the 13pc enacted in Sindh. They said “Punjab has again decided not to align its taxation structure with other provinces and facilitate the level playing field for taxpayers across the country.”

The OICCI which has 195 companies registered with it, is the largest chamber in the country and contributes Rs900b tax revenues on a yearly basis. In a letter addressed to Finance Minister Dr Ayesha Ghaus Pasha, it felicitated some of the measures introduced in the upcoming year’s budget. The letter highlighted the allocation in the budget for industrial improvement, social welfare programmes and the rise in minimum wage etc.

OICCI laid bare their reservations over some measures introduced in the Punjab Finance Bill 2018 and highlighted this could hamper investment opportunities in the province from both local and foreign investors. Although, the sales tax on construction has been decreased from 16pc to 5pc without any changes to input tax, which according to OICCI “Will substantially increase the cost of doing business for a number of our members who have already initiated large investment projects and plans to invest in more projects.”

Punjab Finance Bill 2018 has increased the span for initiating proceedings against tax payers has been increased from the current five to eight years now. OICCI also lamented on the taking back of exemption of taxes on internet services, which has been increased to 19.5pc in line with other provinces. They said not only would it jeopardize the expansion of digital services, but also have a negative influence on other education and e-projects launched by the provincial govt.