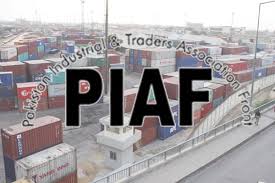 Lahore: The Pakistan Industrial and Traders Associations Front (PIAF) welcomed Pervaiz Malik’s appointment as Federal Minister for Commerce and Textile, hoping he would concentrate on improvement of economy in consultation with stakeholders, according to a statement released on Monday.

Noting that most major economies achieved growth through export-oriented policies, Sheikh expressed optimism that Malik would work towards export promotion in collaboration with trade and industry representatives

PIAF senior vice chairman was of the view that a stable government would steer the country out of economic crisis and defuse geopolitical tensions in the region thereby paving the way for progress and prosperity.

He urged leaders of all political parties to help strengthen democratic system in the national interest, as political stability was a key factor for economic development.

Akram said that Pakistan had untapped potential in exports to important destinations such as the US, China, Germany, UK, UAE, France, Netherlands and Spain along with several other trading partners.

He added that as the China-Pakistan Economic Corridor (CPEC) projects are likely to improve the transportation network, it is essential that industrial and trade-friendly policies are adopted to ensure facilitation of local exports.