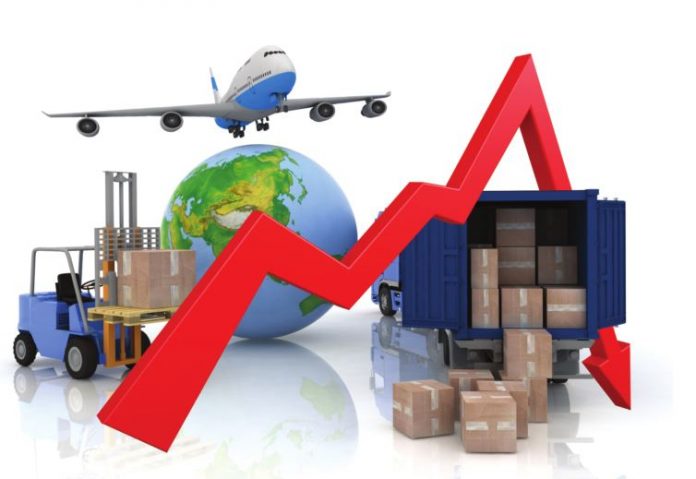 By the end of 2016-17 fiscal year, export receipts have over the past four years on the bounce have been sliding big time – by as much as 17 percent compared to where they stood in 2013 post PPP’s so-called economic mismanagement. The issue has remained under the spotlight, both of public and economic analysts. Yet nothing much has been accomplished by way of reversing the trend.

This inertia of the economic tsar – the one and only Ishaq Dar, in the face of it is rather inexplicable because the current account deficit by now is yawning with every passing day, as the country’s much-touted foreign exchange reserves are also showing a marked downward trajectory.

“There is no government policy to provide a fillip to the country’s exports,” says Dr Qaiser Bangali, one of the most distinguished economists of Pakistan. The exporters have been hit by a double whammy: around 50 per cent of their earnings are sucked in by taxes while higher production costs owing to the ever-escalating electricity and gas tariffs is killing them too.

“The share of Pakistani exports in the global market is relatively miniscule, and has further declined over the past few years because of incompetent ministries or lack of interest,” he claimed.

According to data available with Profit, Pakistan has an extremely low ‘export orientation’, with the size of the merchandise export sector in the overall economy declining from around 14 per cent of GDP in the early 2000s having been halved to barely 7 percent  now.

Despite the government’s efforts to enhance exports that fell in the realm of too little, too late, our exports still declined by 1.63 per cent to $20.448 billion in (July-June) 2016-17 from $20.787 billion in comparison to the previous fiscal, the Pakistan Bureau of Statistic (PBS) recent data release revealed. In contrast, the imports surged by 18.67 per cent to a record-high $53.026 billion against last year import of $44.685 billion.

“The exporters are shutting down their factories and investing their capital in the stock markets to get higher profits as the exports business is relatively unprofitable in prevailing circumstances,” says Bengali, adding, “India and Bangladesh are giving several incentives to their exporters.”

Shrinking, from a low base

Unfortunately, he said, our industrialists are not as educated as they should be. Therefore, their demands from the government do not reflect their true requirements. Tax rate on the exports and the production costs make our products uncompetitive in the international markets while the same Indian and Bangladeshi product are way cheaper than Made in Pakistan stuff. “All this is reflective of the woeful government policies; they simply don’t know how to manage it.”

With the exports shrinking from an already low base (relative to the overall economy) since the 1990s, the lack of urgency, the level of apathy and inattention shown by successive governments speaks volumes.

While in the case of almost all developing countries that have become export powerhouses since the 1960s, the highest leadership of their country has played a major role in guiding exports higher, in Pakistan the country’s leaders have been preoccupied with everything other than exports.

The chairman Trade Development Authority of Pakistan (TDAP) S.M. Munir said that he had informed the prime minister and high officials of the government regarding falling exports. “It has coincided with the world economy shrinking over the last three years. Importers in the Arab and European Union have also cut imports from Pakistan owing to turmoil in their over there.”

Another big issue is, some African countries are capturing the Asian market in Europe and the Arab world too, and are offering products much cheaper than Pakistan, he says.

“Apathy at the highest level has been compounded by a deep-seated anti-export bias in policies as well as attitudes,” said Munir.

Two areas where this apathy is demonstrated the most since 2013 is in the tax regime in place (which views the export sector as a source of revenue generation for the government), and the overvalued exchange rate – which is cross-subsidizing imports at the expense of exports.

Unbelievably, since 2008, the PPP government as well as its PML-N successor has released virtually no funds to finance the country’s Strategic Trade Policy Framework, despite budgetary allocations each year.

There are four channels via which politics — domestic, regional as well as global — have undermined exports from Pakistan. First, Pakistan has borne the brunt of the fallout from post-9/11 developments, with a diversion of foreign investment as well as export orders due to the perceived security situation within the country. At the same time, India has made consistent efforts in a variety of ways to throttle Pakistan’s economy, including through squeezing our exports and undermining the ‘Made in Pakistan’ brand.

The last two areas are both internal. For the last couple of decades, the ‘capture’ of Pakistan’s trade policy framework by a segment of low value-added exports has been a significant factor in preventing diversification of exportable products as well as expansion markets. This situation has compounded over the past decade or so, by a shift in the ‘centre of gravity’ within the PML-N from its erstwhile constituency of manufacturers to traders and real estate developers. Hence, the slow and anemic response of the then prime minister to the exports crisis, another economist held forth.

When contacted, the senior vice-president of All Pakistan Textile Mills Association (APTMA) Zahid Mazhar said, the continuous energy crisis in Pakistan since 2008 has also hurt the export sector. “Even more than the availability of energy, what has especially hurt exports has been the steep increase in gas and power tariffs over this period – pricing our exports out of the international markets.”

Moreover, Punjab and Sindh are still facing both power and gas shortages. After some rumpus created by the industrialists, the government provided some degree of relief by importing LNG in the last fiscal, but even so it failed to provide cheap gas and electricity.

“TDAP is doing nothing for the exporters but spending billions of dollars for its promotions.

Barring a few exceptions, Pakistan fares poorly with regard to productivity, especially in comparison to many of its regional competitors. However, the generalized description usually proffered about Pakistan’s private sector as ‘rent seekers’ and lacking in effort or innovation is far from the truth in many cases, and is a subject I will deal with separately,” said Mazhar.

One Karachi industrialist, former president KCCI Zubair Motiwalla said: to arrest decline and reverse course in the short run, the government should undo all of its anti-exports taxation measures of the last four years, as well as release all blocked tax refunds and duty drawbacks of the export sector.

“The export sector should be given additional relief in the form of lowest possible electricity tariffs. The exchange rate should be made competitive over a period of time. Pakistan should also renegotiate its free trade agreement with China which has surprisingly not provided the same level playing field to a strategic partner as to the other Asian countries,” Motiwala said.

The prime minister should make a high-powered commission or strategic group to provide a vision and framework for the country’s export sector for the next 30 years and should also oversee implementation, he suggested.

This commission or group should also study and provide recommendations on how to restructure the trade regime to make it more export-friendly, as well as how to reduce the cost of doing business in the country. In this regard, an ongoing ‘strategic dialogue’ between policymakers and the private sector needs to be fostered further.

In last four years, the country exports had declined by 17.21 per cent from $25.110 billion in 2013-14. During the period, the federal finance ministry announced several exports’ incentives, but none of them was implemented – including the January 2017 Rs180 billion package for the textile industry.

The federal government has set a target of $35 billion till 2018, but the analysts and exporters are unified in claiming that given the circumstances it is unachievable.

Government support, too little too late

In the recently announced budget for 2017-18, the finance ministry has announced monthly Rs2 billion package for textile industry instead of Rs 180 billion – needless to say, grossly insufficient, when above Rs200 billion of the exporters are stuck with the government in rebate and export refunds, said Mazhar.

Pakistan’s main exports are in five sectors, these contributing around half of the total,  especially to the European Union (EU) countries, the United States and other nations.

According to the market experts, major export oriented sectors should only be imposed minimum tax of 5 per cent to facilitate country’s export industry and this decision of the government would support textile industry and its trade bodies. There is being hoped that the textile export will increase to $11 billion in 2017-18, they added.

Stagnant for long, government can help boost if it seriously implemented business plan as proposed by the textile industry and other export oriented sectors.

The federal finance minister Ishaq Dar claims that the import increased only because of the textile and other machinery for the China Pakistan Economic Corridor (CPEC). That may explain the imports going through the roof, but by no means is it an explanation for the persistent fall in exports. Instead of tame and insipid explanations that fool no one, it was about time Dar took the issue of diminishing exports over a four-year cycle with the seriousness it deserves. Otherwise the foreign exchange reserves, which he has made us borrow at usurious rates, in order to look pretty would dwindle back to 2013 levels, taking him down the tube with it. That is, if he is already not there or thereabouts.