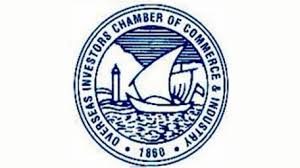 Karachi: Overseas Investors Chamber of Commerce and Industry (OICCI) has expressed its fear about Companies Act 2017, which it believes have a negative impact on foreign investors, a local newspaper reported.

An OICCI delegation met with Security and Exchange Commission of Pakistan’s acting Chairman Zafar Abdullah and shared their 10 reservations in regard to Companies Act 2017.

OICCI suggested that SECP should maintain transparency, consistency and predictability in its polices, which would help increasing foreign investment within the country.

According to OICCI, some provisions in the Companies Act 2017 should be completely removed. Section 452 pertaining to companies global register of beneficial ownership has been designated as being unfair and would impact foreign investors, they said.

Section 244 of the Companies Act 2017 stipulates that all unaccounted-for dividends/shares should be placed with the government, which OICCI claims is discriminatory for shareholders and doesn’t follow practices in other developing economies of the region.

Zafar Abdullah, the acting Chairman of SECP assured the OICCI delegation of his entity’s support and would try to resolve their grievances which come under its authority.