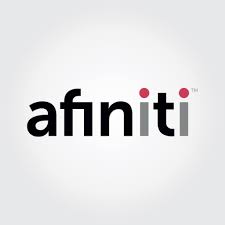 Lahore:  Artificial intelligence company Afiniti, owned by TRG co-founder Zia Chishti which improves calls flows at contact centers is seeking to get listed on the Nasdaq composite index with a valuation of over $2b next year, sources said.

Founding partner of TRG Holdings, Zia Chishti has embarked on a journey of convincing renowned international entities and investors and clients that Pakistan is now open and safe for conducting business.

In February, Chishti took a group of businessmen from various countries, which included the heir of renowned Italian Clothing Company Benetton and Huawei’s CEO Guo Ping, whose company provides some of the services to TRG at backend on a visit to the scenic northern areas in Pakistan, reported Bloomberg.

In September, Chishti’s artificial intelligence company Afiniti inked a deal with Huawei which would help it expand to markets like Australia, Japan and China. Considering, The Economist had termed Pakistan “the world’s most dangerous place” a decade ago, Chishti has been trying to make his clients understand that the country has changed a lot since then.

TRG is in the business of providing customer solutions, marketing services to clients which include clients like Sprint, the fourth largest cellular mobile operator in the US. Chishti’s company has recently moved its headquarters to Karachi, where it plans to accommodate more than its employed 3000 strong staff.

Among Afiniti’s clients are Sky Plc, T-Mobile US and Vodafone group which is said to employ three quarter of its 1,000 staff in Pakistan. Chishti also owns 50pc equity stake in the company, as cited in Bloomberg’s report.