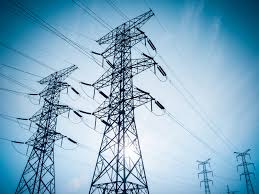 ISLAMABAD: The Cabinet Committee on Energy (CCE) on Thursday approved purchase of additional 100 MW electricity from Iran and directed the Ministry of Power to make immediate arrangements and to complete the spadework expeditiously.

NTDC Managing Director informed the meeting that work on all transmission lines has been expedited. Transmission Line to evacuate power from Port Qasim power plant will be completed ahead of the scheduled date of October 31, 2017. Similarly, transmission lines for Neelum-Jehlum and Tarbela-IV will also be completed before the projects start producing electricity.or Golen Gol HPP, 13MW of electricity will be made available by December 2017.

The Prime Minister directed Ministry of Power to expedite transmission line projects for connecting Makran Division with the national grid on a priority basis.

The Prime Minister also directed Ministry of Power and PESCO to expedite approval of PC-1 so that all the village in Chitral can be electrified as soon as possible.

Ministry of Power informed the meeting that Government of Iran was interested in providing 100MW of electricity in addition to existing arrangement for 100 MW which is renewed annually. For the additional 100 MW, transmission line and grid station have to be constructed to meet immediate needs of Makran division especially Gwadar Port and industrial area.

Ministry of Power also informed the meeting that as per the latest projections, Pakistan will have surplus power starting in the year 2017-18. This surplus power will be further augmented during the subsequent years with the addition of new capacity from the Thar Coal as well as upcoming hydel projects.

Additional power will be sufficient to cater for the growing demand for the industry as well as domestic consumers.