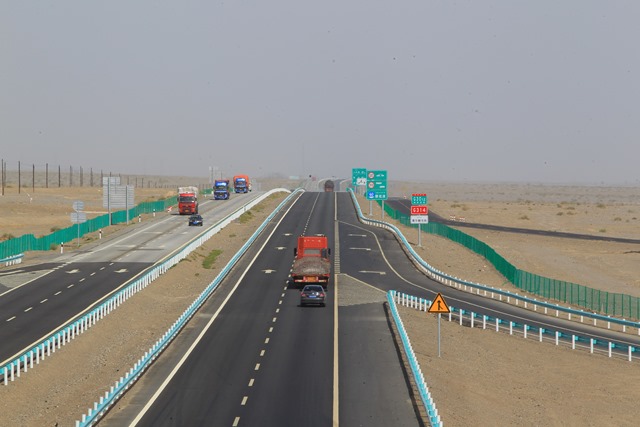 Islamabad: Irregularities worth billions have been discovered in road projects awarded to National Highway Authority (NHA) by auditor general of Pakistan (AGP) office.

According to a report in Dawn, certain projects under China-Pakistan Economic Corridor also come under its purview. An audit for financial year 2016-17 into National Highway Authority (NHA) accounts revealed a misappropriation worth Rs470b in 52 cases.

Auditors observed that in 102 cases, internal control weaknesses had led to massive losses of Rs470b. The report highlighted seven cases of poor performance which included putting additional burden on national exchequer, mismanagement and inefficient utilization which caused a loss of Rs7b to national exchequer.

A Rs147b project awarded for 230 km section of Karachi-Lahore motorway to a joint -venture of China Railway 20 Bureau Corporation (CR20G) and Zahid Khan and Brothers (ZKB) was also mentioned by the AGP office report.

After carrying out the audit, it was revealed the entire project had been tendered in one package. The auditors said, “Very tight condition of experience for pre-qualification reduced the quantum of response,” the audit noted, explaining that no Pakistani firm could win tenders in its individual capacity. “Had the project [been] divided into multi[ple] packages, it would have resulted in more healthy competition.”

Originally ZKB had tied-up with China’s Gehouba Group Company and bid for the pre-qualification process and was apparently disqualified. In violation of PPRA rules, ZKB partnered with CR20G at the bidding stage and as the lowest bidder it didn’t deposit the required security of Rs500m.

As a result, the NHA should have announced this bid as non-responsive but didn’t do so. And then the JV decreased its bid from the original figure of Rs159.784b to Rs148.654b after successful negotiations between the bidder and NHA, which again contravened PPRA rules.

The report cited “It is evident that the work was awarded irregularly. The issue has also been highlighted by Transparency International… had the work been retendered, and in packages, it would have been awarded on much lesser rates.”

Irregularities were also found in the awarding of another contract for Sukkur-Multan section of motorway worth Rs294.352b, the audit report disclosed. This contract had been awarded to China-State Construction Engineering Corporation (CSEC).

Auditors highlighted that the original cost ascertained by CSCEC was Rs240.158b and the contract was allegedly awarded to it at much higher rate.  They said the quoted rates by CSCEC were on the higher side compared to PC-1 rates offered by it respectively.

Inconsistencies were also discovered in award of work and calling of tenders without administrative go-ahead for construction of road from Thalian on M2 motorway to New Islamabad International Airport. This contract was awarded to Habib Construction Services in November 2015 by Executive Committee of National Economic Council (ECNEC) on a retrospective basis considering it was still “under process” since December 2011.

Discrepancies were also found in a project awarded to National Logistics Cell (NLC) involving construction of a main link road for New Islamabad International Airport. It was said this project fell in category of concession agreement on M2 motorway which was already designated to FWO.