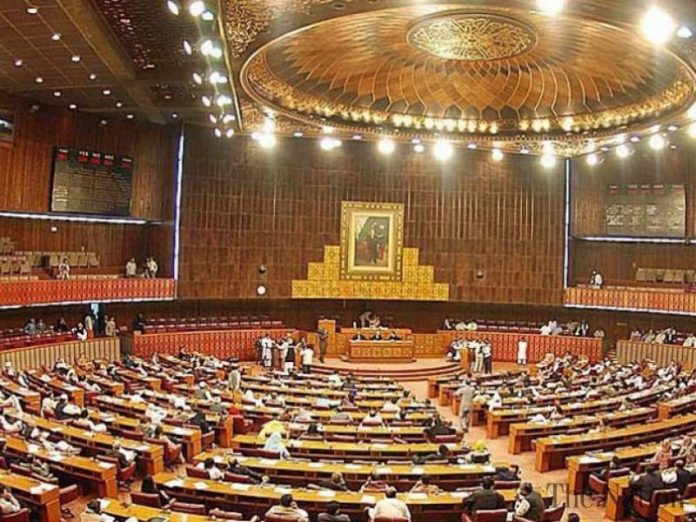 ISLAMABAD: As the Finance Minister Ishaq Dar paid no heed to the calls of parliamentary committees on finance during the past four years, the highly perturbed members of National Assembly’s Standing Committee on Finance, Revenue and Economic Affairs on Tuesday lashed out at the ministry of finance for not giving due importance to the parliamentary body.

However, finance parliamentary secretary Rana Afzal Khan claimed that secretary finance was in a meeting with Prime Minister Khaqan Abbasi. His reply could not satisfy the members of the committee who, while criticizing the finance minister, appreciated Rana Afzal for defending the ministry of finance in the absence of the minister or secretary.

Observing the reaction on the part of committee members, including those of ruling party Pakistan Muslim League Nawaz (PML-N) the officials of the ministry telephoned the Finance Secretary Shahid Mehmood, who appeared in the meeting after a while. However, the secretary requested the committee to spare him as he wanted to handle a foreign delegation. His request further annoyed the already enraged members who said the parliamentary body was more important than the foreign delegation.

“See the poor performance of the ministry of finance and arrogance of the ministry’s officials. We could have accepted their plea had they shown something positive in last four years,” Asad Umar said adding that both minister and secretary of the finance ministry are answerable to the parliamentary body.

“Either I will resign or dissolve the committee if you are not going to respect us,” said the chairman of the committee referring to the finance secretary. “You may leave the meeting by your own but at least I am not allowing you to leave the committee,” Qaiser Ahmed Sheikh told the finance secretary. “Members of the body want to know the reasons behind the huge gap between imports and exports, the ballooning trade deficit etc,” he said adding that a number of experts and representatives from various trade bodies were also invited to discuss the overall economic situation of the country.

The members of the committee, however, after a while allowed the secretary to leave the meeting to meet with the foreign delegation at the finance ministry.

Earlier, the representatives of finance ministry and government rejected the “Eradication of Riba Bill 2015”, moved by a member of the committee Sher Akbar Khan, saying that the government cannot stop the normal banks functioning. Rana Afzal said Islamic banking was gradually flourishing in the country. “It is a clear decision of the government that it will abandon normal banks. People already have the option to go far Islamic system of banking,” he added. The Committee members also grilled the officials of State Bank of Pakistan for coming to the panel meeting without preparation.