Volkswagen gears up to enter the auto fray in Pakistan 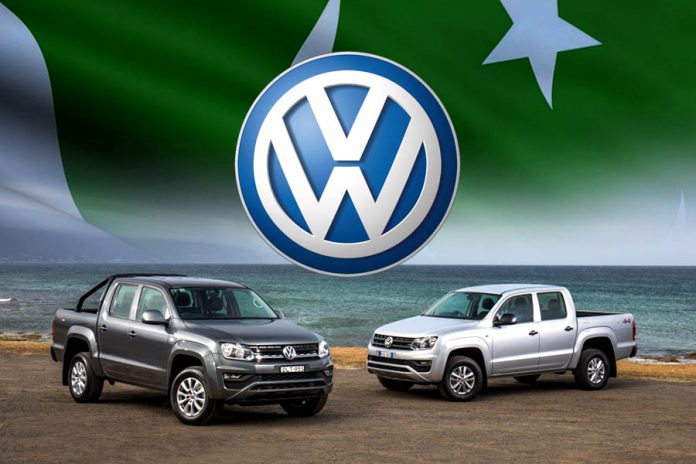 ISLAMABAD: Prime Minister Shahid Khaqan Abbasi on Wednesday while welcoming the decision of Volkswagen to invest and undertake business venture in Pakistan, assured all possible facilities and support to the company.

He was talking to Volkswagen Board of Management Member Dr Joseph Baumert who called on him here at the PM Office.

The prime minister highlighted the strengths of the Pakistani economy and said that the economic turnaround in the last four years is due to the investor-friendly policies of the current government. He also added that the security situation has improved and huge incentives are being offered to investors in the international business community.

He said with enhanced road networks; in view of the China Pakistan Economic Corridor project and greater spending on communication infrastructure, Pakistan offers great opportunities to the international automobile companies to fill the gap between demand and supply through local production.

The Prime Minister also highlighted various features of the Auto Policy; 2016-2021 that offers tax and other incentives to the new entrants to enable the introduction of new brands, develop market share, and create distribution opportunities, and after-sales service networks besides a parts-manufacturing base.

Profit reported back in February that Volkswagen was in its final round of talks with Premier Systems Private Limited, the authorised importer of Audi vehicles in the country, to set up a manufacturing and assembly plant for its Amarok and T6 (transporter range) models in Pakistan.

Amarok is a direct competitor to Toyota’s Revo and the T6 is a multi-seat passenger van. The officials believe robust vehicles such as Volkswagen are a must in a country like Pakistan. It was also learnt that the company aims to develop a large dealership and the target is to have 40 dealerships nationwide.

This development within the auto industry is encouraging for the consumers and the business community in Pakistan. The recent reports follow multiple announcements of various carmakers to penetrate into the Pakistan automobile industry. Recently, Nishat Mills, a textile giant, announced a joint venture agreement with Hyundai to assemble vehicles in Pakistan. Similarly, Lucky Cement had already announced to collaborate with Kia Motors to set up an assembly plant in Pakistan.