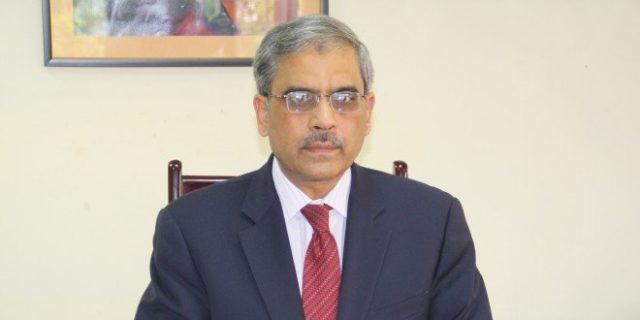 ISLAMABAD: In an in-camera briefing to National Assembly Standing Committee on Finance and Revenue on Tuesday, State Bank of Pakistan Governor Tariq Bajwa said Pakistan is facing an external financing gap of around $12 billion during current financial year.

The central bank governor provided the rationale behind depreciation of the rupee and the challenges posed to the economy were shared with the parliamentary panel, reported an English daily.

This meeting was held in absence of any media, as Finance Ministry and the central bank were unwilling to share any negative news about external front with the public.

Also, Mr. Bajwa didn’t share about source of funds to be used for plugging the $12 billion financing gap, if Pakistan wants to ensure foreign exchange reserves don’t fall below the threshold of $14.6 billion.

And SBP governor said there are no plans for another bond floatation in the coming few months. There is a probability, the gap will be plugged by obtaining more short and long-term borrowings including from foreign commercial banks and utilizing foreign currency reserves.

The government has around $9 billion but still leaves net financing deficit of around $11-12 billion. $5.9 billion of foreign debt repayments obligation are 38 percent higher than originally forecasted by the finance ministry.

This information was disclosed by Finance Secretary Shahid Mehmood during the in-camera briefing to the parliamentary panel. He said out of $5.9 billion, the government had already paid $2.4 billion on account of principal and interest on these procured loans.

Mehmood said outstanding amount of $3.5 billion will be paid in the next seven months of FY 2017-18. When queried about the exchange rate, SBP governor said rupee had totally declined by 7.22 percent since July this year and 5pc in recent past.

Bajwa was questioned about whether SBP could pay off $6.16 billion borrowing it obtained from commercial banks for short-term, he said the central bank can pay-back these loans but failed to offer an explanation as to why had they been procured.