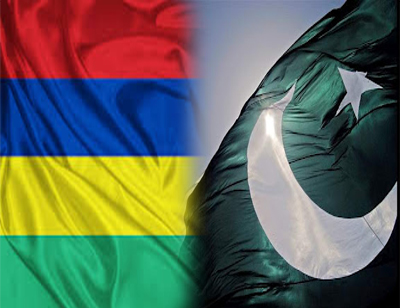 KARACHI: Mauritius High Commissioner Rashid Soobadar has urged the business and industrial community of Karachi to look into the possibility of enhancing trade in Africa and venture into the huge continent via Mauritius which can be used as a platform to efficiently and safely penetrate into 55 countries in the African region.

“The scope in Africa is tremendous, which is developing fast and has a bright future. Hence, the business community of Karachi should take advantage of the situation by registering their companies in Mauritius. Once the company is registered in Mauritius, it will be able to enjoy all the benefits including duty-free access under numerous agreements with African countries”, he added while speaking at a meeting during his visit to Karachi Chamber of Commerce and Industry (KCCI).

Mauritian high commissioner stated that besides exploring trade and business ties in Mauritius, the business and industrial community can also look for opportunities in neighbouring countries including Madagascar, Seychelles, Tanzania, Rwanda and Mozambique.

He pointed out that although Mauritius is a small island in the middle of the Indian Ocean, it is gradually striving to build a strong nation which is not an easy thing to do in a multi-racial, multi-lingual, multi-cultural and multi-ethnic country.

Highlighting the performance of Mauritian economy, he said that it was a monocarp economy in the beginning when the only economic activity in the island was the plantation of sugarcane. “From a monocarp economy, we have been able to diversify and today, the Mauritian economy rests on four to five strong pillars including financial services, ICT, tourism and manufacturing. We are an open and liberal economy whereas our political system is based on the Westminster model of democracy. The democracy in Mauritius rests on strict rule of law, which is a very important component for businesses and trade. This principle of good governance resting on the rule of law has helped the island develop very well”, he added.

He said that Mauritius has been witnessing good growth rate in between 5 to 7 per cent during the last 15 years whereas its per capita income has risen to $12000 from a mere $200 when it came to existence in 1968.

Referring to the forthcoming visit of KCCI’s delegation to Mauritius, he advised delegation members to identify the fields of interests in Mauritius. Meanwhile, The Mauritian Board of Investment, High Commission and Honorary Consulate will extend full support and cooperation to businessmen and industrialists intending to initiate businesses in a very congenial atmosphere in Mauritius. “Any problems and difficulty will certainly be resolved on priority”, he added.

“During Fiscal Year 2017, Pakistan exported goods worth $23.24 million and imports declined to $3.15 million which requires special attention. We need to identify the causes of this decline and accordingly devise strategies to improve the situation”, he added.

He further informed the high commissioner that Karachi Chamber plans to send a delegation to Mauritius in the last week of February 2018 to explore trade and investment opportunities between the two countries.

He requested the high commissioner to fully facilitate KCCI’s delegation to Mauritius by arranging a maximum number of meetings with their counterparts in Mauritius so that the delegation’s visit proves to be fruitful and result-oriented.

Muffasar Malik said that Karachi offers profitable investment opportunities and added facilities for investment and joint ventures to Mauritian Business Community. The city, which contributes more than 65 per cent revenue to the national exchequer, is an attractive place for foreign investors, who can surely earn maximum profits by setting up their businesses and undertaking joint ventures.

Referring to the two Special Economic Zones (SEZs) being established in Karachi, he advised the Mauritian business community to take interest in these economic zones where they can enjoy a tax holiday for up to 10 years along with many other benefits, particularly the one-window operation facility.

“China-Pakistan Economic Corridor (CPEC) is a game changer project which will lead to improved regional economic integration and transform Pakistan into a Central and South Asian economic hub”, Muffasar Malik said, “Foreign investors have started showing keen interest in Pakistan and I am confident that CPEC will bring in a paradigm shift in the business and industrial scenario of the entire region, hence the Mauritian investors must also take advantage of the situation by either investing or undertaking joint ventures in CPEC-related projects.”