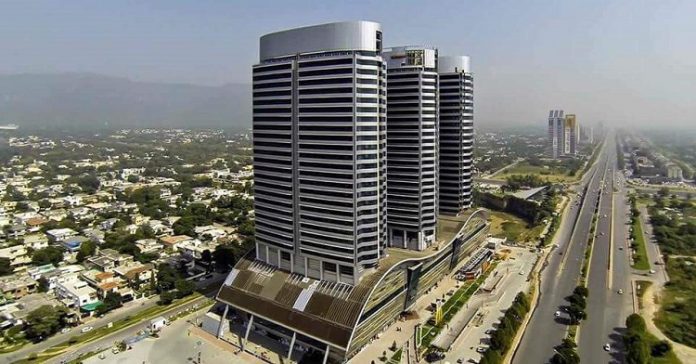 ISLAMABAD: As Federal Board of Revenue continues failing in widening its tax base, the government has initiated surveys of commercial and high-rise residential buildings to unearth people who own properties in plaza’s but don’t file their tax returns.

The Senate Standing Committee on Finance was informed about the initial results of mapping these plazas by the Broadening of Tax Base Director General Tanveer Akhtar Malik, reported an English Daily.

The FBR is scouting and mapping plaza’s which have been constructed in last ten years, stated Malik. He shared Prime Minister Shahid Khaqan Abbasi was backing a proper tax broadening campaign to be carried out against high-value but unregistered tax payers.

DG Malik also added once the process of mapping got completed, they would then shift to initiating surveys for residential localities.

Pakistan’s tax net percentage remains abysmal with only 0.4 percent of the population files its income tax returns.  National Bank of Pakistan President, Saeed Ahmad said the tax base wouldn’t widen till FBR assured the public of non-harassment in event of they enter the tax net.

As per law, it is necessary for individuals earning more than Rs400,000 a year to file their income tax returns.  Ahmad stated the FBR needs to ease the process of filing tax returns, as the current tax form in circulation was very complicated and he even failed to fill it without someone’s assistance.

According to FBR’s Member Facilitation and Taxpayers Education, over 60 percent of corporate employees aren’t filing their tax returns, although tax gets minus from their salaries.

The FBR is collecting and collating information about buyers from the proprietors of these plazas, said Malik. He shared in Islamabad Heights, around 97 people bought apartments and 40 of them weren’t tax filers.

The DG said FBR would forward tax returns filing notices to these 40 individuals. Sharing statistics compiled from Zameen.com, Malik said there were over 550 plazas in Islamabad valued at over $500 million. Also, there were 70 malls in the capital which have a worth of over Rs1-2 billion.