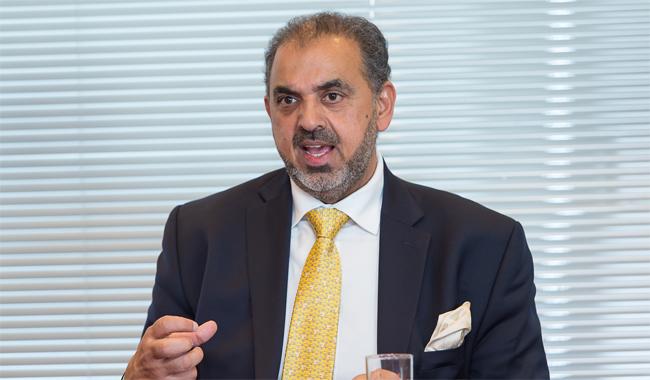 LAHORE: British Parliament Member Lord Nazir Ahmed said on Saturday that many sectors of United Kingdom’s economy had vast space for Pakistani businessmen and they could get good share through B2B (Business to Business) contacts, modern business techniques and technologies.

Lord Nazir Ahmed said that those countries are leading the economic front where the private sector was playing an active role, asserting that Pakistani business community had the ability to turn Pakistan into an economic powerhouse.

While talking about Pakistani businessmen, he said, they should come forward and join hands with their foreign counterparts, adding that Pakistani expatriates were playing a laudable role in the economy of UK and were ready to facilitate their Pakistani brothers who want to do business.

The Member British Parliament also emphasised the need for collective efforts to increase the existing trade volume between the two countries.

Lord Nazir said, “India is utilising all its energies and propagating against Pakistan to cause huge economic loss but I have raised voice against this conspiracy at all international forums”.

LCCI President Malik Tahir Javaid said that Pakistani business community attached a lot of importance to Lord Nazir Ahmed’s role in support of the Kashmir cause in the House of Lords. He said that businessmen truly admired his efforts and stance to raise the voice for Kashmir.

He said that despite the GSP Plus status, Pakistan had not been able to enhance its exports to the UK. He said that there was ample potential for joint ventures between the two countries in areas of auto parts, processed food, pharmaceuticals, leather made-ups, light engineering and surgical instruments.

Malik added that the UK should provide trade facilitation to Pakistani businesses.

The UK has sizeable imports of textiles, leather, furniture, paper, plastics and footwear from China. Pakistan can be considered for these items as it has great export potential in these areas.

The LCCI President mentioned that trade diplomacy had a crucial role and for that matter, Lahore Chamber kept organising international business delegations. He informed Lord Nazir Ahmed that last week, he headed a delegation to Malaysia, Thailand and Indonesia which proved very successful.

He further said that both countries should not remain limited to strengthening trade ties rather Pakistan and UK should exchange parliamentarian, cultural and student delegations too.