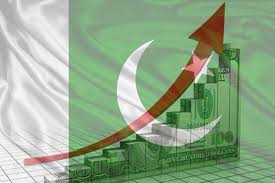 ISLAMABAD: The Pakistan Ambassador to France Moin ul Haque has said that Pakistan as an emerging and one of the fastest growing economy is attracting foreign investors, businessmen and traders from many countries including France.

He was speaking at the Seminar on Pakistan titled “Understanding Pakistani Geopolitics” organized by Sciences Po University in the city of Grenoble, a press release received here on Friday said.

During his presentation, the ambassador gave a historical context of Pakistan’s creation and the difficulties that Pakistan had to face at the time of partition and the challenges confronted by since last four decades in its region amidst the competing interests of the major powers, the ongoing Pakistan-India tensions, instability in Afghanistan and fight against terrorism.

The Pakistani nation had paid a heavy price for defeating the forces of terrorism and extremism. Over 60,000 people had died including thousands of our brave soldiers, he said.

He said Pakistan was committed to eradicate this menace from the country and our region.

He said Pakistani nation was resilient and would face all challenges making Pakistan a peaceful, modern and a progressive state. CPEC project was ushering a new era of economic prosperity in the country through building a vast network of roads, railways, ports and special industrial zones.

Pakistan’s future was promising with a strong parliament, effective and efficient civil and military administration, independent judiciary and free media, he added.

Earlier, the ambassador met with the President of Grenoble Alpes University, Patrcik Levy and invited him to consider opening a campus of his university in Pakistan.

He also visited the GE/Alstom Hydro Electricity facility in Grenoble which had been awarded the contract for Mangla Dam upgrade.

He also visited the office of Schneider Electric to discuss future investment collaboration with Pakistan.

During his visit, the ambassador met a group of Pakistani scholars and PhD students who were pursuing their higher education in various universities of Grenoble-Alps and advised them to fully focus on their studies and utilize the acquired knowledge and improved skills to contribute in progress and development of Pakistan after completing their courses.

This was the fifth leg of ambassador’s outreach initiative to various Paris regions. Earlier, he had visited Lyon, Strasbourg, Toulouse and Normandy region to promote Pakistan as a preferred destination for making investment, doing business and trade