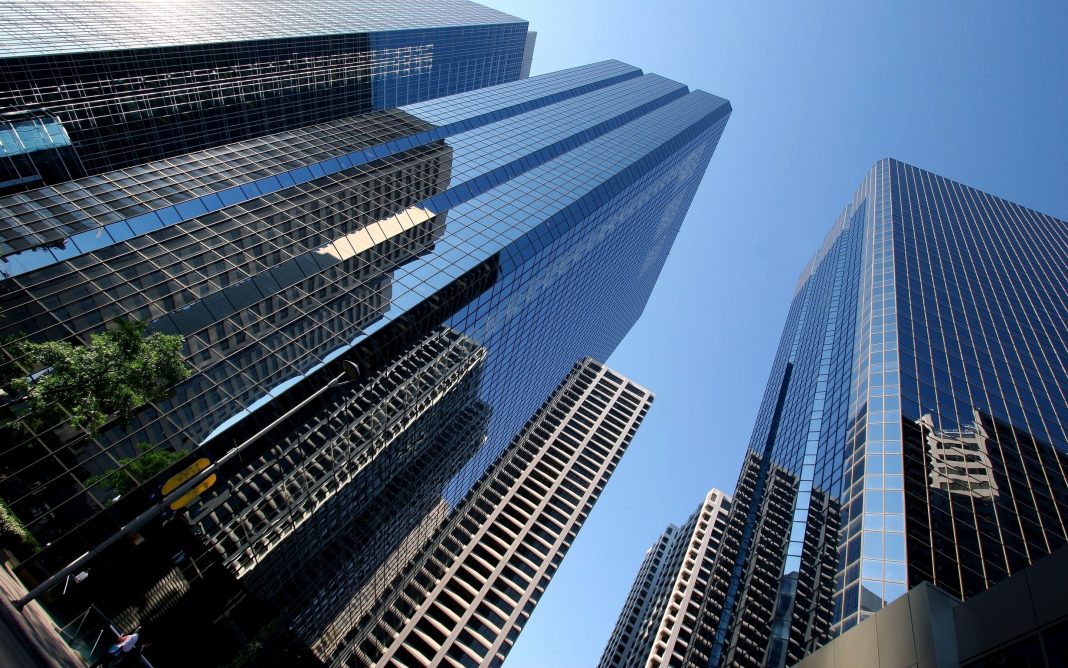 The members of the Association of Builders and Developers (ABAD) heaved a sigh of relief after the Supreme Court judgement allowed construction of six-storey buildings under the Karachi metropolitan jurisdiction. That though is by no means enough, as it only facilitates 40-45 percent of the builders.

On January 15, 2018, the Supreme Court gave permission to the ABAD members to construct buildings not higher than six floors all over the province. Only the next day, the Defence Housing Authority (DHA) approved plans to build a 13-storey building in DHA Phase-I – China Gold Park Mall and Residency on plot no 133.

According to a source working at the project, since the Supreme Court decision is not applicable on Bahria Town, the DHA and Fazaia Housing schemes, the approval was granted, allowing for booking by the buyers for space to commence.

The project owners also placed a photograph of the DHA NOC on a wall, with the dates of the approval clearly mentioned.

Interpreting it the way they want:

“The judgement of the Supreme Court must be binding on all authorities including Bahria, Fazaia and others working in the jurisdiction of Sindh,” said Hanif Gohar, former chairman of ABAD. “I don’t know too much about the ‘China Gold Park Mall and Residency’ and who gave its permission.”

The judgement clearly mentioned allowing a six-storey building on a commercial piece of land in Karachi, while the builders are interpreting it as half a dozen floors in addition to three floors for parking, two mezzanines and basement and first floor with shops etc.

To the ‘China Gold Park Mall and Residency’, the DHA’s approval contains additional floors in the aforementioned manner. The curious thing is that the Sindh Building Control Authority (SBCA), and Clifton Cantonment Board (CBC) had given the project its seal of approval prior to the Supreme Court judgement.  Subsequently, the Supreme Court had embargoed construction of high-rises from May 2017.

Having purchased the land at a high price for a number of high-rise buildings, this Supreme Court verdict was a setback to a number of investors in Karachi.  According to a rough estimate, only in Karachi the construction on almost 400 plans for high-rise buildings with a total investment said to be in the vicinity of Rs900 billion were then awaiting the SCBA approval.

“We are filing another petition in the Supreme Court’s Karachi registry and will try to get maximum relief in this regard,” said Hanif Gohar. This petition would be heard in April or May, he added.

In the last decade and a half, the country’s top five developers have captured the luxurious housing sector all over the country. With the DHA in the vanguard in this category, the other top housing societies are: Bahria Town, Royal Residencia, Askari Housing Scheme, and Fazaia Housing Scheme.

Since most of the above housing schemes belong to the armed forces directly or indirectly, and also given their history of good return on investment, investors are easily attract towards these schemes.

In contrast, the projects initiated by builders who fall in the medium or small category, including the members of ABAD, are often beset with delays, causing heartburn to the investors.

In Karachi, the rivalry between DHA and Bahria Town is intense. Both the developers have ongoing schemes close to each other at the Super Highway. A one of its kind project in Karachi, Bahria Town is developing at a rapid pace while DHA, otherwise considered to be the stronger entity, lags behind in its under-development housing estate in Gadap Town. Located in the outskirts of Karachi, it spans over 20,000 acres and shall accommodate up to 250,000 people.

The DHA influenced the routing of the Karachi Bus Rapid Transit System (BRT) towards this new city despite its being around 35 kilometers away from Sohrab Goth. With the Sindh government obliging the DHA City Karachi, its residents would benefit from comfortable and efficient transport through the BRT’s Blue-Line.

The existing shortfall in housing is exacerbated each year by a fresh requirement of around 270,000 residential units in the country. Yet the governments, both federal and provincial, are not doing anything substantive to ameliorate the situation by closing the gap. At best the government agencies, such as KDA and LDA, mere sell plots. In their schemes too development is slow to take place. A case in point is Taiser Town Scheme, where the Sindh government allotted plots in 1996, but since then no development whatsoever has taken place there and no civic amenities provided. As a consequence, the residential area still remains unconstructed.

Housing is the third most essential human need following food and clothing, still Pakistani governments remain unconcerned about it. This apathy of the powers-that-be has left the populace from middle and low income groups to suffer, for unlike the upper and upper middle classes they do not have the wherewithal to afford the vast sums to make builders do their bidding.

The poor left in the lurch:

For the urban poor, credit or mortgaging facilities are not available as credit is essentially tied to collateral, which excludes all those who do not possess any land title or proof of ownership.

Even in public sector entities like the HBFC offering such loans to the poor demand usurious interest on the long-term financing – usually two to three times the market rate. For instance, if one gets financing worth Rs500,000 from the HBFC for 10 years, one would have to return above Rs one million in return.

All the emphasis lies on house construction loans. Loans of small amounts are not granted by financial institutions like HBFC and others banking channels.

The HBFC needs to be overhauled to make it a potent and creative organization, as its services fall in the category of the most needed to support the housing sector, especially the poor. And it could boost the construction industry, adding thousands of jobs in the market.

It should be encouraged to venture into new avenues such as community mortgage programmes, housing credit assistance to public and corporate organization employees, support to bankable housing projects in the private sector and options of drawing funds from the public through permissible financial channels.

The way to go is builders and developers constructing 12-16 storey buildings on 400-500 square meters plots and selling the apartments to the general public on the HBFC loans – returnable in easy installments.

ABAD, CDC sign accord for digitalisation of land record