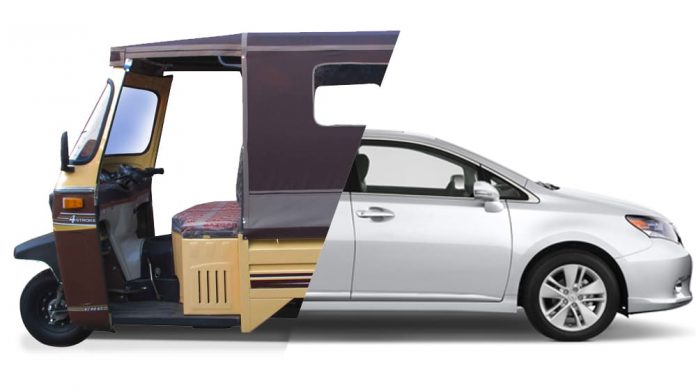 LAHORE: In a notification to the Pakistan Stock Exchange (PSX), Sazgar Engineering Works Limited announced that the Ministry of Industries and Production has awarded it the “Category -A, Greenfield Investment status” for the assembly and manufacturing of passenger and off-road vehicles.

“In continuation of company’s earlier announcements dated May 11, 2017, May 23, 2017, November 18, 2017, and January 3, 2018, we are pleased to inform you that today the Ministry of Industries and Production of Pakistan has awarded the “Category -A, Greenfield Investment status” to our company, M/S Sazgar Engineering Works Limited for assembly/manufacture of passenger and off-road vehicles,” the notification read.

“These vehicles will be assembled and manufactured under the brand name ‘BAIC’. Any further development on this matter will be informed to the exchange accordingly,” it further read.

Sazgar is engaged in the manufacturing and sale of automobiles, automotive parts, and household electric appliances and is a premier manufacturer of CNG four-stroke auto rickshaws and automotive wheel rims. With manufacturing facilities based in Pakistan and a global dealer network, it is leading the market in Pakistan and also exporting to international markets. The greenfield status to the company has been awarded under the ‘Automotive Development Policy 2016’.

Over the years, the companies rickshaws have gained huge popularity in Japan, which has become one of its major export destinations. The three-wheeled vehicles are increasingly been used by the Japanese for leisure purposes and for traveling short distances, unlike Pakistan where it is a major mode of public transport. The vehicles are sometimes adorned with the famous Pakistani truck art which further increases their appeal to the overseas markets like Japan where they are considered as exotic vehicles.

Earlier, Sazgar had announced that it will start producing light commercial vehicles and cars by 2019. The company has postponed its auto-rickshaw production expansion project and plans to set up a four-wheel vehicle assembly plant to penetrate into the Pakistani auto sector. Capital Stake Research Director Maha Jafer Butt while talking to Pakistan Today said that “The automobile sector has witnessed exponential growth in the last few years attracting both local and foreign players. Currently the industry is dominated by Honda Atlas Cars (HCAR), Pak Suzuki Motor Co (PSMC) and Indus Motor Company (INDU). Nissan, Kia and Hyundai are all set to enter the market. Sighting the potential Sazgar decided to put on hold its auto rikshaw production expansion plan and concentrate on completion of the four wheel vehicle assembly plant project by June 2019.”

In May last year, the company signed a memorandum of understanding for the plant with a Chinese company with a projected cost of $1.76 billion. The plant is expected to produce 24,000 vehicles every year and is expected to begin operation by June 30, 2019.

Recently,  the Pakistani auto sector has been experiencing price hikes, with companies like Toyota and Honda increasing car prices by substantial amounts citing rupees devaluation against the dollar. A senior analyst told Pakistan Today that, in such a scenario, the entrance of a local manufacturer into the four-wheel auto industry is a welcome move, which will increase competition and minimise any further unnecessary price hikes.

At the time of the filing of this report on Wednesday, Sazgar with the symbol SAZEW was trading at the PSX at Rs231.37 up Rs10.57 or 4.79 per cent from the start of the day.