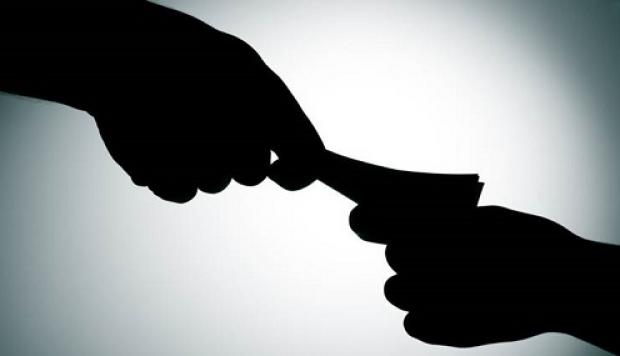 ISLAMABAD: Some officers of the National Accountability Bureau (NAB) are allegedly involved in the unlawful intervention in the ongoing investigation on cases of corruption involving the ruling elite, it has been reliably learnt.

Taking cognizance of the gravity of the issue, NAB’s Chairman, in a letter to all Director Generals (DG) of the regions, has categorically declared that strict action in accordance with NAB laws will be taken against the officers found illegally involved in the ongoing inquiry or investigation process.

An available copy of the chairman’s letter disclosed to Pakistan Today that senior NAB officers from NAB HQ (headquarters) and regions are allegedly involved in influencing the ongoing cases. However, the chairman has directed all the officers to set aside their alleged involvement and work within the given mandate to ensure and uphold the rule of law.

“It is to convey that the NAB chairman has taken a serious view of unlawful/illegal interventions by senior officers from the NAB HQ and regions in ongoing cases at any stage in any manner. It is also directed that whosoever if found divulging influence/pressure for any reasons/motives will be dealt with strictly in accordance with the law,” said NAB chairman’s letter to all DGs.

The chairman has also asked all the DGs of NAB in their respective regions for strict compliance in this regard.  He has also requested all the officers of NAB to work within their domain/mandate in order to ensure merit/rule of law for an efficient and logical conclusion of the cases without fear and/or favour.

Well-informed sources said that the federal and provincial ministers were allegedly using NAB officers to influence the ongoing cases of corruption against them. They said since NAB has tightened its noose around the ruling elite including former prime minister Nawaz Sharif and his family, federal and provincial ministers and some influential bureaucrats, the ruling elite has been leaving no stone unturned to save their skin from possible arrest or strict action by NAB. The ruling elite has allegedly advised its blue-eyed officers in NAB to play a role in the ongoing cases and try hard to avoid serious action against them, while the NAB officers have allegedly been using their influence to fulfil the advice of the elite, said sources.

It is worth mentioning that the anti-graft watchdog (NAB) has started an investigation against 435 Pakistani nationals that have registered and own offshore companies at Panama and the British Virgin Islands (BVI). Currently, NAB is prosecuting 1138 cases worth about Rs900 billion. Similarly, the bureau (NAB) has been probing the wealth of the Sharif family and others including ousted prime minister Nawaz Sharif, Punjab Chief Minister Shehbaz Sharif, Maryam Nawaz, Hamza Shehbaz, Kulsoom Nawaz. The bureau (NAB) has also been probing Ishaq Dar, Federal Minister Anusha Rehman, and Federal Railways Minister Khawaja Saad Rafique in the Ashiyana Housing Scheme scam.

Likewise, NAB has also launched an inquiry against Fawad over the application of Khurram Qureshi, a resident of Islamabad. In his application, the complainant Khurram Qureshi alleged that Fawad and his brother Waqar have no source of income to justify the assets of over Rs12 billion. He also accused that Fawad, in connivance with his brother Waqar, and persons named Gul Zareen from Belgium and Qamar Chaudhry, constructed a huge plaza opposite to GPO in Sadar, Rawalpindi. Additionally, NAB’s chairman, Justice (r) Javed Iqbal has ordered an extensive investigation into the alleged corruption in at least 56 companies functioning under the Punjab government. The NAB chairman issued the orders after taking notice of corruption cases and unlawful appointments in 56 public limited companies working under the Punjab government of the Pakistan Muslim League-Nawaz (PML-N).

Besides, Justice Javed Iqbal has earlier said that corruption was a cancer that should be eliminated altogether. He has directed the officers to take all inquiries and investigations to their logical conclusion. “No laxity will be tolerated in this regard. He has said NAB is strictly adhering to its policy of ‘Accountability for All.’ The bureau’s only affiliation is with the country and its people. NAB officers should perform their duties with utmost dedications and honesty, he added.