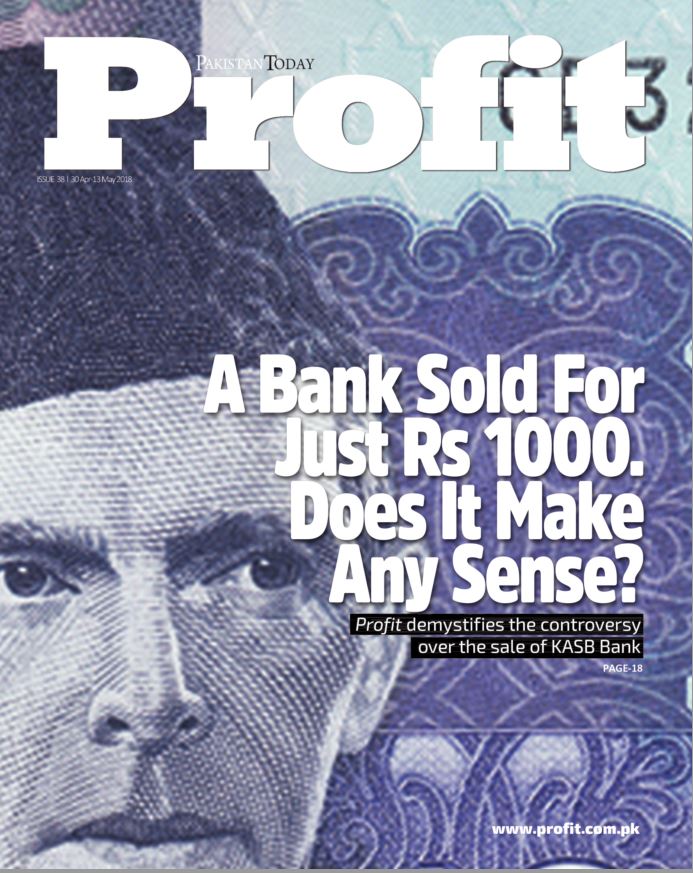 No pushover, the State Bank. Even to the most cynical of observers, the central bank, with its suit-tie-and-Brylcreem, no-nonsense tradition, doesn’t quite give the impression of a docile government department that will do whatever it is told, rules be damned. No, it won’t put up with any BS coming from the government or the biggest of the banks, thank you very much.

It strikes absolute terror in the hearts of the men and women working for the banking sector whenever there is an audit, so famously exacting are its standards and so stringent is it in its execution of the aforementioned.

Well, the sale of KASB Bank has certainly punctured a large, gaping hole in that carefully crafted image. It turns out that it did a pretty bad job at, well, regulating banks.

The sale of the bank for Rs1000 to Bankislami understandably raised eyebrows. Don’t get us wrong; toxic, haemorrhaging organisations can be sold for such sums; after all, organisations are at the end of the day, assets minus liabilities.

But the problem here is that there is a difference of opinion about how much those assets and liabilities were worth. KASB Bank insists that its figures were much healthier than the numbers that the SBP-engaged Ernst & Young (EY) audit yielded. According to EY, apparently, the bank’s loan portfolio (assets) was overvalued by more than a staggering 100 per cent.

But that isn’t the point here, is it? Whichever way you look at it, It doesn’t reflect well on the SBP.

Who, exactly, was minding the store here? What happened to SBP’s strict standards? How did the central bank let things get to this point? Would things be any different if EY conducted a similar audit of other banks?

In the interest of watching out for depositors and the banking sector in general, the SBP bullies banks into running a relatively tight ship. What exactly was going on here?

For instance, lending Rs20 billion to Bankislami so it could service the depositors, needs scrutiny. Was the possibility of this facility made public at the bidding stage? Other potential buyers would have incorporated this into their bidding strategy. Like with other transparency concerns raised on this transaction, the central bank might argue here as well that it wasn’t required to announce this, as per law. Is this a good enough answer?

Ashraf Wathra, the then Governor of the State Bank needs to do some explaining.

Post-script: The Villains of the Piece: A scathing word, here, about EY. As mentioned above, the KASB’s own valuation of itself was drastically better than what EY said. Guess who the KASB’s own auditors, who gave them those figures, were? EY!

EY’s behaviour seems unbecoming of a Big Four auditor but that of one of the ‘professional witnesses’ found across the nation’s katcheries, who will say anything for a tidy fee.