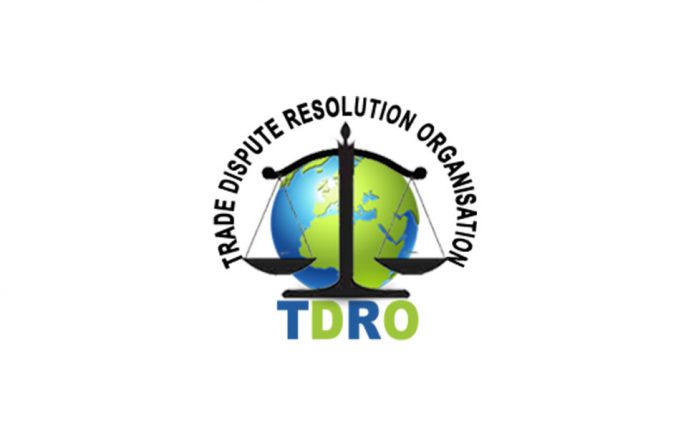 ISLAMABAD: As the country is yet to set up a trade dispute resolution body, the number of long-standing trade disputes has jumped to over 500, giving a bad name to the nation. Although the Ministry of Commerce (MoC) has set up the Trade Dispute Resolution Organization (TDRO) in 2015 to resolve the ever-increasing number of disputes in international trade, it is unable to handle the task for want of legal cover.

According to insiders, TDRO, since its inception, has only resolved only 25 to 30 cases/disputes that too with the mutual consensus of disputing parties. On the other hand, the TDRO and other concerned departments receive around 100 complaints regarding foreign trade per month. “In the absence of any mechanism and body for quick resolution of disputes, a large number of cases are pending at various courts inside and outside the country,” an official in terms of anonymity informed Pakistan Today.

The TDRO needed a legal cover to make it mandatory for all exporters and importers to sign an agreement under which they would accept the decision of the organisation in case of any dispute with trade partners abroad. The foreign trade partners usually cannot act against exporters or importers in Pakistan in case of any complaint. They have the only option of going through the hectic process of courts. In case of small disputes involving small amounts, they usually avoid going to courts, sources claim.

Amidst the fragile quality controlling/monitoring system in the country, sources say the trade disputes among local and foreign importing/exporting firms have surged to the alarming number. According to them, some of the foreign importers are pursuing cases against local exporters in various courts. A large number of cases regarding the export of substandard or poor quality goods against the import orders and specified quality have been received by the MoC during the last couple of years.

In these circumstances, the MoC is finalising process of making the draft act of TDRO, empowering the ministry to call for any information / document(s) from the importers / exporters and debar them from import / export in case of their failure to provide the desired information documents or the establishment of their involvement in any trade mal-practice / irregularity.

Through the move, TDRO may be empowered to debar the delinquent importers/exporters, for a specific period, for example, limited to two years or so, from import or indenting export for reasons including a) For contravening or failing to comply with any provision of the proposed Order/SRO; b) For failing to comply with any regulation relating to import, export or foreign exchange control; c) For under-invoicing or over invoicing the value of imports or exports; d) For selling, transferring or violating the conditions of any import or export authorization issued by MoC or any officer authorized in this behalf; e) For obtaining or attempting to obtain any import or export authorization by fraud; f) For committing any practice relating to trade, commerce and industry, which in the opinion of the Federal Government is detrimental to the public interest; g) For not complying with /implementing the decision given by TDRO in case of any trade dispute; h) For refusal to furnish original export contracts entered with foreign buyers or any other information or data relating to such contracts on demand by the TDRO.

Through the proposed legislation TDRO could be authorized/empowered to, a) ask the State Bank of Pakistan (SBP) and Pakistan Customs to debar any firm(s) / company/companies, for any reason given mentioned above, from import and / or indenting and/or export for a limited period, specifying the exact period up to two years or so, giving reasons for such debarment, and it should be binding on the SBP / Customs to debar such firm(s) / as the case may be, from importing and/or indenting and/or export, under intimation to TDRO. b) Blacklist by itself any firm(s) for any reason, mentioned above, making it ineligible, for a period up to two years or so, to avail the facilities otherwise extended by TDRO to the importers / exporters for improvement / enhancement in their exports including the facilities extended for participation in the local as well as foreign fairs / exhibitions and delegations organized by the dispute resolution body.

The draft law, as per an official at MoC, the draft law of Trade Dispute Settlement Act which envisaged formation of a Trade Dispute Resolution Commission (TDRC) would work under the administrative control of the ministry with same powers as vested in a Civil Court for swift and effective resolution of disputes relating to the export and import of goods and services including import and export through e-commerce.

The purpose of drafting a law on trade dispute settlement was to provide for the establishment of a comprehensive regime in Pakistan for the swift and effective resolution of trade disputes. Making such law was of paramount importance for the better promotion of trade in Pakistan, protection of all trading interests and improvement of Pakistan’s standing internationally.

Through the TDRO, foreign parties would be given video conferencing facility to participate in trade dispute process. Efforts were being made to make arrangements for acceptance of TDRC decisions in foreign countries, however, non-compliant foreign companies would be blacklisted in Pakistan.