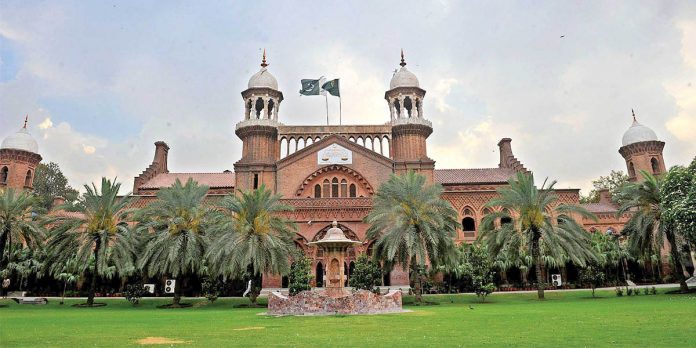 KARACHI: A petition has been filed in the Lahore High Court (LHC) against the appointment of Shaukat Hussain as chairman Securities and Exchange Commission of Pakistan (SECP).

The petition, filed by a lawyer, Mohammad Azhar Siddique, cited the Prime Minister of Pakistan, the Secretary law, Secretary of finance, the SECP chairman Shaukat Hussain and others as respondents. It requested the court to declare the appointment of Shaukat Hussain as SECP chairman as illegal, without jurisdiction, and based on favouritism and nepotism. It said the appointment is in violation of transparency and deviation from the settled law by the Superior Courts, outside the scope of the provisions of SECP Act whereby he has been purely selected on liking and political relationship, especially with former finance minister Ishaq Dar.

The petitioner said that as per the official record of the Ministry of finance, a summary was moved on May 9 through a circular by the Ministry of finance through Finance Minister Mifta Ismail to appoint the senior most Commissioner Tahir Mahmood as permanent chief of the SECP and more than 75 per cent of Cabinet Members approved the decision. The Prime Minister Shahid Khaqan Abbasi also approved his appointment.

Surprisingly on May 11, another summary was circulated by the ministry of finance seeking the withdrawal of the appointment of Tahir Mehmood as SECP Chairman and instead recommended the appointment of Shaukat Hussain as SECP chairman. The petitioner alleged that the second summary was moved on the recommendation of Ex-Chief of SECP Zafar Hijazi and former finance minister Ishaq Dar after which, the Ministry of Finance issued the appointment notification of Shaukat Hussain, which is in sheer violation of Article 90 and 91 of the Constitution of the Islamic Republic of Pakistan, 1973 as the Cabinet had already approved the appointment of Tahir Mehmood as chairman SECP. This decision is also in violation of the Rules of Business and Mustafa Impex Case reported as PLD 2016 SC 808.

It is pertinent to mention here that, prima facie, the decision to appoint Shaukat as the chairman was taken on the basis of the facts that Tahir Mahmood was the main witness in the record tempering case initiated by the Federal Investigation Agency (FIA) against Zafar Hijazi, and Ex-Prime Minister Nawaz Sharif. On the basis of this fact it can be alleged that Zafar Hijazi and Ishaq Dar (absconder) intervened and manipulated the final process of the appointment of SECP chairman and were successful in appointing the Junior Commissioner of SECP as a Chairman through Notification No. F.3(5) INV-II/2000. It is also a part of record that the new chairman was not even a head of a department in SECP before October 2017 nor does he have any experience of serving at senior levels.

It is pertinent to mention here that Tahir Mehmood is the senior most commissioner of SECP since 1989. Prior to his appointment as commissioner by the Federal Government in September 2010 he had been serving as the Executive Director (enforcement) since, July, 2006, but the government appointed Shaukat as Chairman SECP.

On the basis of the above mentioned grounds, the petitioner demanded the court to cancel the appointment of Shaukat Hussain, and that any competent candidate/member(s) from SECP/commissioner may be appointed as SECP Chairman for the enforcement of merit, transparency, and level playing field, in the interest of true justice.