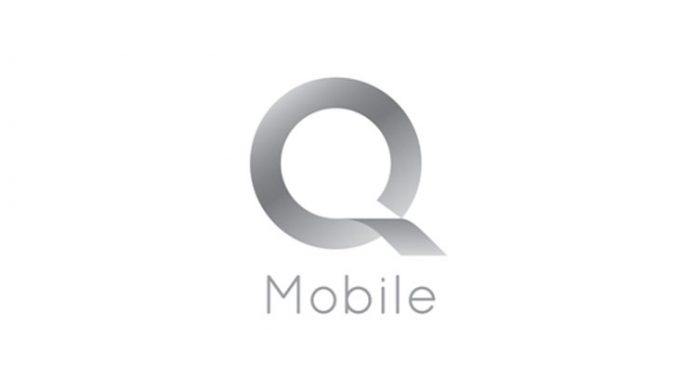 ISLAMABAD: Customs officials are all set to release the confiscated smuggled Q-Mobile phones worth billions of rupees at cheap rates and also provide an end to the cases against Digicom Trading Private Limited and its owners, it has been learnt.

Digicom Trading Pvt Ltd had cleared the containers of the phones in the cover of LED lights (bulbs) via a green channel on 31 October 2017. These mobile phones were brought to Pakistan without getting an approval of Pakistan Telecommunication Authority (PTA) and also without getting their IMEI numbers registered.

According to the documents, following the information of customs intelligence officials, the anti-smuggling squad of the customs department had raided on 31 October 2017 and confiscated a container loaded with Q-Mobile phones. The container was cleared by Digicom Trading Company through green channel on 31 October 2017.

On finding more information, Customs officials also raided different parts of Karachi and Lahore and recovered 317000 mobile phones worth Rs 2 billion. However, the company which was selling Q-Mobile phones had obtained a letter from the United Arab Emirates (UAE) on 2 November 2017 and adopted a stance that a mis-declaration was filed due to a mistake of a shipper. Also, LED lights were mentioned instead of mobile phones due to the filing of mis-declaration. Similarly, LED lights were mentioned only to save a large sum of tax.

According to the Customs officials, if the shipper of Digicom Trading company made a mistake then why did the company not inform the customs department about the mis-decalration.  They said that Digicom, instead of informing the Customs department had opened the container and stored the mobile phones in secret places at a bungalow in DHA Karachi. They also said that Digicom Trading has allegedly been involved in different fraud cases from the last seven years. The company of Q-Mobile prior to this fraud has caused heavy losses to the national exchequer through bogus claims and earned worthy income through tax refunds. And, to save billion rupees worth tax it (Digicom) assumed the status of a manufacturer from an importer. However, the inspection team after conducting investigation had cancelled Q-Mobile company’s registration and recommended to blacklist the company and initiate of legal action against thecompany involvedd in fraud.

A copy of the inspection report from the additional directorate of internal audit of the Federal Board of Revenue (FBR) has proved the claims of Q-Mobile’s manufacturing in Pakistan wrong and has established that Q-Mobile has assumed a false status of manufacturer only to save the taxes. Also, there is no evidence on record that the technology has been transferred by Chinese principals, manufacturers, patent holders of Q-Mobile to the Digicom Trading Pvt. Ltd, while Q-Mobile phones have been imported into the country as raw material, said documents.

“So far exact figures of the total loss to the national exchequer are not confirmed, however, an exhaustive and intensive audit can confirm the exact figures.”

It was also learnt that Digicom had deceived FBR and in a bid to show itself as a manufacturer had presented fake pictures of its employees and had also obtained a floor on rent from its sister construction company New Allied Electronics. An electricity bill was submitted in August 2014, as proof to solidify its claims as a manufacturer.

The inspection report also transpires that Q-Mobile was not eligible to assume the status of manufacturer while it was only an importer. The status of a manufacturer was granted to the company after a visit of an inspector since it was declared as an importer from 2009 to 2014.

Documents further disclose that a departmental inspector had visited the site on August 25, 2014, and after which the company assumed the status of manufacturer though the company failed to prove the assembling of all models of Q-Mobile phones. Q-Mobile had obtained registration as a manufacturer on June 18, 2013, while the company was declared as an importer till October 2014.

“According to the trends and practices in the international and national markets, no distributor can engage in assembling or value addition (physical or intangible like software etc) of any type, with reference to ever-changing and most innovative mobile phone technology, without having specific and comprehensive international agreements coupled with supervised exhaustive and intensive quality control,” said the FBR inspection report.

The inspection team at FBR has recommended a thorough investigation of the matter and immediate cancellation of registration of Q-Mobile as a manufacturer. It has further recommended revenue along with default surcharge and penalty to be recovered from Digicom and the company be blocked and blacklisted besides initiating legal actions.

It was also recommended to investigate Q-Mobile‘s status as a retailer and manufacturer because imposition of income tax and sales tax become effective by assuming the status of a retailer. Again, the possibility of short collection of sales tax and income tax and non-collection of value-added tax at import stage must also be explored.

“Further, the prosecution proceedings are proposed to be initiated for willfully inaccurate particulars to defraud the departments and take undue financial advantage,” said the FBR report.

The inspection report of the FBR internal audit has raised questions over millions of rupees worth tax refund with a penalty by Q-Mobile, value added tax, withholding tax and sales tax collection from retailers and dealers. Q-Mobile has obtained financial benefits by making changes in tax returns.

Documents revealed that Q-Mobile has obtained Rs58.6 million as tax refund through bogus claims also in connivance with FBR officials. Moreover, Q-Mobile has deceived customs officials in the import of Q-Mobile phones to the country by showing them as raw material. Q-Mobile, affiliated with Allied Electronics, has obtained heavy refunds from 2004 to 2014.

The report recommends that there should be an intensive physical audit of the past record, facts of the company. It also recommends that counter verifications of all, old and new, agreements with foreign companies should be done so that the national exchequer could be saved from heavy losses.

“The entire scheme of marketing and sale etc is highly intricate as to the costing and profits as well,” the report said.