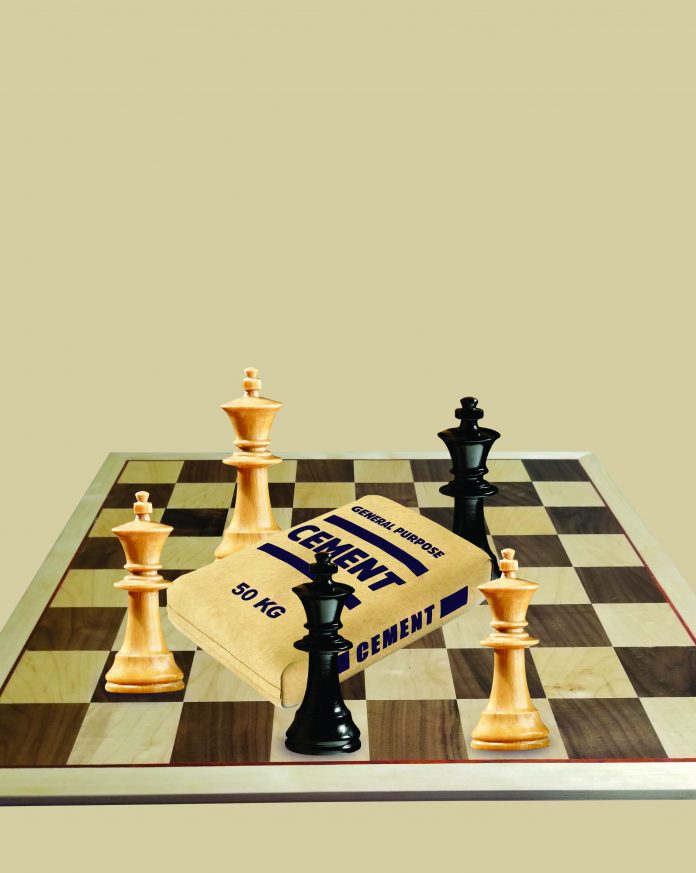 To the uninitiated, the CPEC-driven influx of massive investment in infrastructure holds great promise, among other major industries, for the cement sector as well. When one scratches below the surface, quite a different view emerges.

The corridor highways, as pointed out by Sayeed Saigol, Chief Executive Officer (CEO) at Maple Leaf Cement and president of All Pakistan Cement Manufacturers Association (APCMA), “would not be made of concrete, so not consuming too much cement.”

To cap it, the project-related growth under the corridor in terms of infrastructure development is also spread out over the course of many years. Hence, not being a major turning point for the industry as such.

What then explains the rising cement prices in the country?

The answer stares one in the face: under the garb of false, simulated competition, players in the industry collude amongst themselves – to create a cartel under the APCMA’s aegis, setting up production quotas to scalp rapacious rates.

In 2008, an inquiry was initiated by the Competition Commission of Pakistan (CCP) on the unexplained increase in cement prices the previous year. Another inquiry more or less on similar lines was undertaken in 2012, with the Commission not ruling out the possibility of a cement cartel in both instances.

However, the cartel is inconsistent, breaking whenever the industry enters an expansionary phase. “When companies increase capacity, more cement needs to be offloaded and decreases their price. The competitors also try to increase or maintain their market share, putting the inevitable pressure on pricing – impacting profitability,” says Raza Jafri, Market Analyst at Intermarket Securities. Once these price wars start having a say on profitability, there is a push towards colluding again.

Similar, yet dissimilar to India

The similarity between the Indian and Pakistani cement industry is indeed striking – the only difference being the regulator in India clamping heavy fines to protect the consumers.

Only recently, following a preliminary investigation, the Competition Commission of India (CCI) pointed out that six companies in India’s northeastern region were found to have formed a cartel. The scope of the investigation is likely to expand, with the possibility of more companies in other geographical sphere coming under the CCI scanner.

The CCI is known to have shown its teeth previously, by imposing heavy fines on the industry on the other side of the Wagah border. In 2012, some cement companies were penalised to the tune of Indian Rs60 billion, while in 2016 another Indian Rs67 billion was extracted from 11 cement companies and the Cement Manufacturers’ Association (CMA), both accused of colluding and using a common portal to manipulate cement prices.

Over here what is dissimilar to India is that the government apparatus, as well as the conspicuous-by-their-absence consumer-interest watchdogs, have singularly failed in ensuring that the ordinary Pakistanis are not entirely left at the mercy of rapacious business interests.

Collusion amongst competitors demands great coordination and this is where APCMA comes in. The industry sources reveal that the APCMA acts as a coordinating body for the cartel, decides quotas for individual companies based on installed capacity. To ensure that no company produces more than its allocated quota, the association stations employees of competing companies at one another’s production facilities to keep tabs on production and sales.

Predictably, the APCMA head rejects the cartel existence out of hand, contending instead that the industry capacity utilisation was almost 100 percent. With no excess capacity at hand, quotas do not make any sense. “The thing is that when you’re running at 95% flat out, why would anyone want [quotas].”

He further dismisses allegations of employees from competing companies keeping a watch into one’s own factory amounts to exposing one’s competitive advantages – something no company would be willing to do.

Moreover, margins over the last year have fallen, something he attributes to the rising coal prices and the inability of the industry as a whole to on-pass to the consumers the increase in taxes last year.

“For the last three years, the cement industry has failed to even fully on-pass the tax [to the consumers]. Then take a look at the price differentials within Punjab. The price in Lahore is Rs550 while in other areas in Punjab it is Rs480, Rs485, Rs487, and Rs490,” he says. Such differential, he contends, cannot be there in a cartel. “The person selling at Rs485 [in a cartel] would be mad.”

Sounds logical? Yes, but this price differential is a consequence of tiered division, and not the absence of a cartel, with the top-tier granted the highest with the second and third tier companies selling at comparatively lower price points.

Adhering to the quotas

The APCMA also allegedly regulates prices, not allowing any company to sell at lower than the prescribed per bag price. So, the cartel’s survival depends on each of the companies adhering to the supply quotas and set prices. But such is the industry dynamic that the motive to cheat is ingrained in the companies.

For instance, if one company quietly breaks away from the cartel and produces more than its allotted quota, it shall earn more and in the bargain capture a larger market share too. If, however, all or most of the companies decide to produce more than their quota their combined profitability decreases bringing the existence of the cartel under risk.

According to industry sources, a few in the south – including Lucky Cement and Cherat Cement – having set up new plants, want their quotas enhanced. Since the quotas are decided based on the actual capacity, these companies need to get these inspected and verified by APCMA. However, some are reluctant to get capacities verified. As a case in point, Muhammad Ali Tabba, the owner of Lucky Cement, consents for only for a two-day inspection but is not amenable to these spread over a longer duration, of, say, one month. 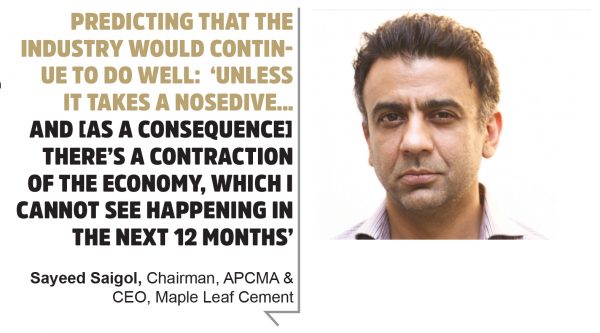 The catch here is that there are ways to temporarily show a higher capacity by using higher quality inputs for a compressed period to make it easier for Lucky Cement to get a higher quota than what it would have landed otherwise.

Up until recently, the cartel was in shambles due to the expansionary trajectory in the industry as well as the unwillingness of the bigwigs to devise a mechanism. A battle of egos, so to speak, between industry leaders like Lucky and DG Khan Cement and others was indeed good for the consumers.

But having incurred huge losses due to excessive production, the industry hot shots, sources divulge, sat down in May in Lahore with the intent to sort out their differences. A consensus was thus obtained to choke supply by bringing production in line with the pre-decided quotas and to increase prices by Rs15 to Rs20 for a 50-kg bag. The new price structure entails that the top tier companies charge Rs545 per bag, and the ones down the strata Rs530-535 and Rs525 to Rs530.

“The cost of building a house has significantly increased due to unchecked and significant rise in cement prices, ditto for steel – the two most important inputs in construction, making it hard for middle and lower middle class to buy or build their houses,” said  Fayyaz Ilyas, senior vice-chairman of Association of Builders and Developers (ABAD).

That be as it may, in an election year the demand for cement is expected to rise as in order to garner more votes the federal and provincial governments go all out to complete long overdue development projects. Despite the monsoons bringing cement sales to a trickle, it seems the cartel is not just back, it rules again.

The return of the cartel

In near future, the quintet – Bestway, Maple Leaf, Pioneer, and Cherat – is all set to put up new plants. The survival of the cartel shall for a large part depend on how well the demand matches the added capacity. According to industry experts, if the added capacity is more than the available demand, the cartel may break yet again.

However, otherwise in denial over the existence of the cartel, Sayeed Saigol asserts that the industry was not expanding on over-projected demand.

“Even if the demand drops by 50 percent of what it is [right now], it’s still very good, as these plants can easily absorb  7-8 percent growth,” says he.

Discounting the possibility of a future overcapacity in the industry, Saigol predicts, that the industry would continue to do well – albeit with a caveat. “Unless it takes a nosedive… and [as a consequence] there’s a contraction of the economy, which I cannot see happening in the next 12 months.”

Whether Saigol’s supreme confidence sustains or not, for now, the cartel is in total control, making hay big time at the cost of the consumers.