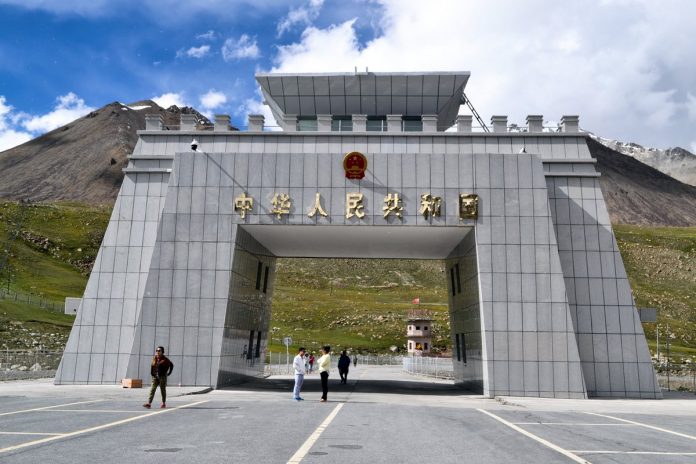 ISLAMABAD: Trade has finally been restored at the Sost Port, where the local business community and the Federal Board of Revenue (FBR) along with Customs had been in disagreement regarding the implementation of the Web-based One Customs (WeBOC) system.

Intervention by the army has led to the resumption of trade, along with the suspension of the WeBOC system which aimed to computerise and document all trading activity rendered through the port which had been at a halt since the last 85 days.

The development came after a dialogue between Customs officials, traders, and the Awami Action Committee was held at the Frontier Corps Northern Areas (FCNA) headquarters in Gilgit, where the FBR agreed to suspend the WeBOC system until the Chief Court in GB passes a judgement on the matter.

Subsequently, the traders who were protesting against the new system since April 1, 2018, ended their protests and started the movement of containers at the dry port.

According to sources, in the presence of army officials, the dialogue was held among the representatives of traders, action committee, the Home Secretary and Secretary Law Department, Commissioner Gilgit, Chief collector of FBR and Customs officials. As the federal government and GB government failed to resolve the issue even after months of protest, the army officials had intervened and taken up the issue with concerned authorities paving the way for the resumption of trade activities on CPEC route.

According to sources, the demands of traders related to the exemption of Income and Sales Taxes, being subject of the centre, would be taken up by the federal government.  As per consensus made at the FCNA on Monday, all stranded containers at the dry port would be cleared under one Customs system. The manual clearance of shipments will continue until a decision of the GB Chief Court which has given a stay over the issue. It may be recalled here that the FBR and Pakistan Customs had earlier refused to accept the stay order.

Besides, the FBR and other officials have also agreed to end all check posts set up in Abbottabad, Haripur and Islamabad for the import/export of goods on CPEC routes, as the importers/exporters were concerned about repeated unnecessary inspection of goods on these check posts.

Earlier, the caretaker Prime Minister had also taken notice of the issue and asked the FBR to report to him immediately. Through a letter, the PM office had asked the FBR to evaluate the demands of traders at the border for the early resumption of trading activities.  The PM had sought a report from the FBR asking it to evaluate the demands of the local protesting traders. These demands included the withdrawal of WeBOC, declaration of GB as a tax-free zone like Gwadar, awarding contracts on Sost Dry port and Karakorum Highway (KKH) to the locals only, accountability of Customs officials involved in harassing traders, and, extending the jurisdiction of GB Judiciary to hear cases related to the FBR.

The GB Chief Secretary Babar Hayat Tarar, on May 14, had also written a letter to the Prime Minister, FBR Chairman and Secretary Ministry of Kashmir Affairs and Gilgit-Baltistan urging them to expedite the solution to the issue. The letter said “the importers, traders, hoteliers, shopkeepers etc. are all planning to go on an indefinite strike in Sost on 15 May 2018. It is pertinent to mention that Sost, being a border town, is dependent on commercial activity linked to Sost Dry Port and all the intending strikers have been affected by the closure of customs post at the Sost Dry Port. Whereas the utility of WeBOC in the efficient and transparent collection of government revenues cannot be understated, it is equally important that the system may be introduced in a phased manner like at Turkham and Chaman customs posts. Manual and WeBOC clearance can be continued simultaneously until the importers become accustomed to the new system after which the manual system of clearance can be gradually phased out. Such an arrangement will be a win-win situation for the government and the stakeholders from the private sector.”

As per the GB Chambers of Commerce President Nasir Raki, over 50,000 people affiliated with the China-Pakistan trade have faced billions of rupees worth losses during the past two months.

Apart from the WeBOC issue, the local exporters, importers and traders were also of the view that collection of taxes from the people of GB by the FBR is illegal as the area is disputed territory. Existence of Customs Collectorate in GB is unconstitutional. They demanded since Gwadar, the tail of CPEC has been declared a tax free zone, GB as the gateway of the corridor should be declared a tax free area as well.

The FBR, which was reluctant to remove the online system at Sost, was of the view that the WeBOC system was introduced at the dry port in a rush to enable transparent clearance of trade, as is practised worldwide. The manual One Custom operations had “loopholes” that made tax evasion possible. WeBOC is a requirement under the World Customs Organisation (an arm of WTO) and CPEC because as trade expands, the country needs speedy clearance and data documentation which is not possible under manual operations.