It is up to the new government after the elections to decide and sign agreements for long-term loan programmes, says finance minister 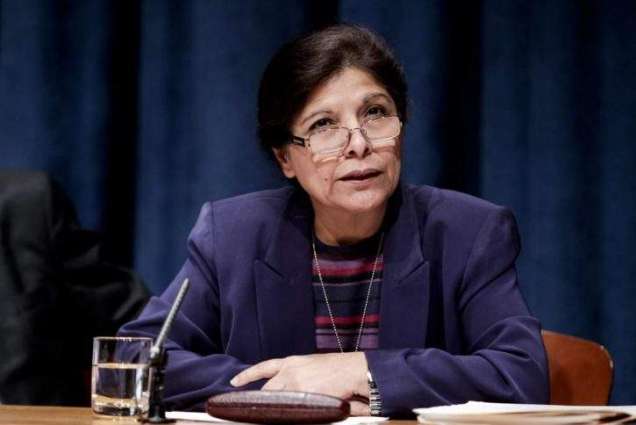 ISLAMABAD: At least 22 projects worth $ 28.6 billion are under implementation which included 15 energy projects under the multibillion-dollar China-Pakistan Economic Corridor (CPEC). Out of the $28.6 billion of investment under CPEC $22.3 billion is being spent on energy projects.

Minister for Planning Development and Reform Dr Shamshad Akhtar, while briefing media after the 55th progress review meeting on CPEC projects held here on Tuesday, said apart from the investment on energy and infrastructure projects $8.2 billion is also being invested in railways under which the mega project of ML-1 would be completed. The work on this important project will soon be started, she added.

According to her, numbers of projects initially approved to be completed under the CPEC were still undergoing design and feasibility studies. The major development was being witnessed at Gwadar where huge investment was being made on infrastructure development.

In reply to a query, she said fast-track work on industrial zones was much needed. Previously the industrial zones failed to give the desired results for several reasons, however, a better strategy was being followed through by the Board of Investments (BoI) to ensure the success of such zones in future.

In reply to a query regarding International Monetary Fund (IMF), the minister said that caretaker government would not take long-term decisions. It would follow all bilateral commitments made by the previous government with China, she said. She added that it is up to the new government after the election to make decisions and sign agreements for long-term programmes.

She said that there are some concessional loans, soft loans and grants as well as Pakistan’s own expenditures for CPEC projects. “It would not be appropriate for me to say something more about it,” she said.

She said on the request of Pakistan, China has assured to soon start work on new Gwadar International Airport as well as East Bay Expressway.

She further highlighted that Pakistan and China bilateral relations are time-tested, as we have a long history of cordial, friendly and strategic cooperation in all areas and domains. Friendship with China is the cornerstone of Pakistan’s foreign policy and strategic cooperative partnership is moving from strength to strength, she underscored.

Dr Shamshad reassured China of full cooperation and support in promoting unparalleled partnership under the CPEC and Belt and Road Initiative (BRI) framework.

She emphasized to further expedite work on projects at Gwadar and SEZs that are not only of vital importance in the portfolio of CPEC but for the local population as well. She was of the view that one of the main gains from CPEC is the trade and industry development and cooperation to ensure sustainable economic growth and shape new industry clusters as well as takes fruits of CPEC to lesser developed regions of Pakistan.

She pointed out that both countries need to aggressively pursue the mega initiative to shape a new international logistics network in the region and promote regional economic integration through international economic, trade and technological cooperation and people exchanges. She further said that the two countries will make full use of existing bilateral cooperation mechanisms to form synergy, give each other support and learn from each other to complement and fully display each other’s strengths.

Federal Minister Dr Shamshad further underlined to continue in this pursuit so that we can bring transformational changes in our approach towards ease of doing business which will be key to attracting foreign direct investment (FDI).

She further reassured that despite the government being under transition, CPEC projects will not be impacted in any way by such developments. “It is our job to make sure that CPEC projects are completed timely according to the agreed timelines and terms”.

The representatives and senior officials from the line ministries had briefed the finance minister on the progress of the projects being accomplished under their ministries. Comprehensive presentations were also given by the Board of Investment, Ministry of Communication and National Highway Authority, Ministry of Maritimes Affairs and Gwadar Port Authority. The Aviation Division, Ministry of Railways, Ministry of Energy, Government of Baluchistan and Gwadar Development Authority had also briefed the meeting about the progress of different developmental projects in their respective ministries under CPEC.