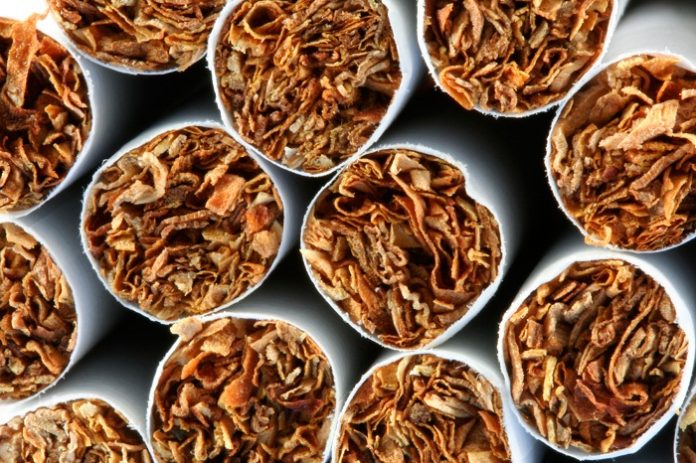 ISLAMABAD: The National Accountability Bureau (NAB) has asked the Federal Board of Revenue (FBR) to appoint a focal person for assistance in an on-going investigation against billion rupees worth decrease in tax collection from the tobacco industry, said sources.

Taking cognizance of hefty decrease in tax collection from the tobacco sector, especially after the introduction of the three-tier tax system on cigarette price by the FBR in May last year, the Public Accounts Committee (PAC), National Assembly and Senate Standing Committee on Finance and Health etc had earlier taken up the issue and discussed in detail the ups and downs of the newly introduced three-tier tax structure on cigarette prices that caused a massive decline in revenue collection from the tobacco sector – which is a major contributor to the national exchequer.

Similarly, PAC, on May 23, 2018, had recommended a special audit report by the Auditor General of Pakistan (AGP) over significant decrease in tax collection that resulted loss to national exchequer. AGP unearthed that one of the multinational tobacco companies introduced popular brands to the lowest tax tier, and increased sales and cut taxes by 50 per cent. Moreover, the committees of the upper house and the lower house had so far recommended a withdrawal of the third slab on cigarette prices.

The incumbent finance minister Asad Umar had supported the move to restore the previous two-tier tax system and was against the three-tier tax system in the finance committee meetings held in the tenure of Pakistan Muslim League Nawaz (PLN) government.

Sources in the FBR informed Pakistan Today that NAB has approached the FBR and asked to assign a focal person for assistance in an on-going investigation against multinational tobacco manufacturers. They said it will be test case for the incumbent finance minister Asad Umar to take a decision for withdrawal of third-their tax system introduced by the former finance minister Ishaq Dar.

They said the Ministry of National Health Services had written several letters and forwarded many recommendation to the FBR, asking for a withdrawal of the third-tier of federal excise duty (FED) so that widespread use of cigarettes can be discouraged. Since top officials of FBR who were behind the introduction of the third tier tax system in PMLN tenure are currently occupying important slots under the present Finance Minister Asad Umar so chances of withdrawal of third slab system on cigarette price are rare, said sources.

The sources also added that think tanks, NGOs including PANAH and Health Ministry have written letters to incumbent finance minister and asked for revival of old pricing system of cigarettes in the country.

“Due to the introduction of the third slab on cigarette prices, FED was reduced from Rs33 to Rs16 per pack of cigarettes which resulted in an increase in the production of cigarettes in the country. Similarly, the turn over of cigarette manufacturing companies increased by upto 118 per cent, while the FBR could collect only Rs87 billion against the target of Rs120bn,” said sources.

It is relevant to mention here that the Federal Minister for National Health Services Aamer Mehmood Kiani has now recommended to the Ministry of Finance to withdraw the 3rd slab of FED on cigarettes introduced in the Federal Budget 2017-18 which resulted in an increase in cigarette production.

In a letter written to Federal Minister for Finance, Revenue and Economic Affairs Asad Umer, the Health Minister has informed that after the introduction of the 3rd slab in 2017, the local production of cigarettes increased by 77 per cent compared to production in the previous year.

It is recalled that, in last week, Health Minister had announced to coordinate with Ministry of Finance to raise taxes on tobacco products.

Prior to Federal Budget 2017-18, Ministry of NHSRC requested the FBR to withdraw third slab/tier because it resulted in increased production of cigarettes. In addition, it was proposed to impose a levy with the name of “Health Levy on Cigarettes”, but it could not become part of the Finance Act, 2018.

FBR has so far retained the third slab of federal excise duty (FED) on cigarette prices and set aside stakeholder’s recommendations, asking to jack up the FED of first two slabs.

Rejecting the recommendations of the Ministry of Health, the National Assembly Standing Committee on Finance and the Chairman Public Accounts Committee (PAC) to jack up the FED imposed on cigarette prices by Rs44 per pack, FBR has increased FED rate by only 96 paisas per pack of cigarette in the Finance Bill 2018-19.

According to the Finance Bill 2018-19, FBR has increased FED by 6 per cent for all three tiers of cigarette prices. For the first slab on cigarette price, FED of Rs4.48 per pack while Rs2.00/pack for the second slab, and only 96 paisas per pack on the third slab.

In May 2017, the Federal Board of Revenue (FBR) introduced a new tax tier in which federal excise duty was 50pc less than the lowest previous rate. The FBR also did not restrict companies from moving brands from the second to third tier, allowing two manufacturers to benefit by Rs32.9bn, according to the report.

It is worth mentioning that In the Finance Act 2017, a new slab with a reduction in FED (i-e Rs16) was created. According to FBR, the third tier was introduced to tackle the menace of illicit, non-duty paid cigarettes, besides significant growth in revenue, was also expected.