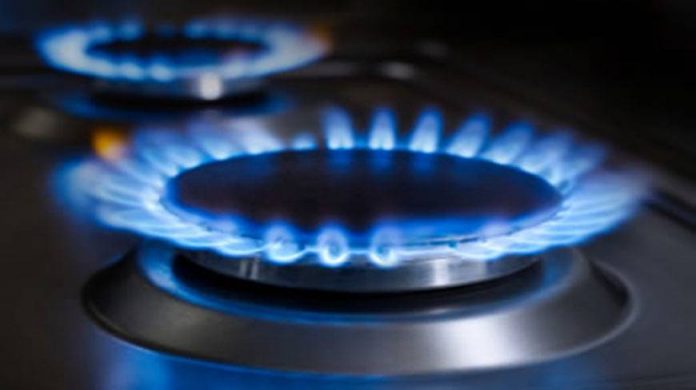 ISLAMABAD: The Economic Coordination Committee (ECC) of the federal cabinet has decided not to immediately increase gas prices by 46 per cent, instead of leaving the decision to do so on Prime Minister Imran Khan.

On Sept 4, the prime minister had given the petroleum division his go-ahead to raise gas price across the country — a move that would have seen domestic and commercial consumers bear the heaviest brunt.

Briefing reporters about decisions taken in the ECC meeting chaired by Finance Minister Asad Umar, Federal Minister for Information Fawad Chaudhry said that a new system of subsidy will be evolved in such a manner that the increase in gas prices will not affect the poor, while the affluent would contribute to reducing the deficit of this sector. He said that the final decision in this regard will be taken by Prime Minister Imran Khan.

However, sources privy to proceedings in the ECC meeting said that the decision was left for Prime Minister Khan to decide after Sindh Chief Minister Syed Murad Ali Shah telephoned Finance Minister Umar during the ECC meeting and told him that the committee did not have the authority to raise gas prices.

“The chief minister during the conversation told the finance minister that only the Council of Common Interests (CCI) had the authority to raise prices,” the sources said, adding that the ECC then decided to let the premier take a decision in this regard.

Addressing reporters at the press conference, the information minister blamed the former ruling party, Pakistan Muslim League-Nawaz (PML-N), for the deficit in the gas sector, which he claimed has soared to Rs 156 billion per annum.

“When the PML-N government was formed in 2013, there wasn’t even a rupee of deficit,” he said. “But their experienced team allowed the deficit to grow to Rs156bn annually in the five years since,” he said.

Fawad urged former prime minister Shahid Khaqan Abbasi to explain how the deficits grew to such an extent when “he had claimed that there will be greenery (prosperity) everywhere” due to the deals he has signed.

“The gas sector is in the worst situation,” the information minister stressed.

Furthermore, the ECC decided to provide fertiliser factories with 50 per cent local gas and 50 per cent LNG.

Fawad further said, “The price of the cylinder of liquefied petroleum gas also increased by 70 per cent during the recent months and measures will be taken to reduce the price of LPG.”

He said that only 40 per cent of the population uses the Sui gas facility while others rely on cylinder gas. The minister said that gas-related agreements made by the previous government were against the reality.

Fawad said that the matter of subsidies would also be presented before Prime Minister Imran Khan.

He also asked the provincial governments to launch crackdowns against those involved in hike of LPG prices in the country.

It was also decided in the meeting to provide special protection to the export industry.

The minister announced that the ECC has also decided to import 100,000 tonnes of urea to provide relief to the farmers. He added that a bag of urea is available at Rs1,615 rupees, while it is imported at Rs2,575, and the burden of the remaining Rs960 rupees will be borne by the government.

The information minister said that this year, the total demand of urea fertiliser in the country was 5.833 million tonnes against previous year’s demand of 5.862 million tonnes.

He said despite the strained economic condition, the government has decided not to put an extra monetary burden on the farmers. Chaudhry continued, “Farmers are a very important part of the prime minister’s economic policy.”

The prime minister also directed to develop strategies to control gas theft of Rs 50 billion. OGRA had determined the gas price hike in June this year.

During a briefing session for the prime minister attended by senior officials, the premier was briefed on the oil and gas sectors.

Officials explained that the price hike was imperative given the current conditions.

Sui Southern Gas Company (SSGP) and Sui Northern Gas Pipelines (SNGP) had requested to increase gas prices in order to improve their financial conditions. The SNGP said that it was losing Rs230 on each unit of gas.

OGRA determined a price hike of up to 186 per cent for the poorest categories of commercial and domestic users whereas rates for other sectors were increased between 27-31 per cent for SSGP and SNGP.

The SSGC needs Rs167 billion during the next financial years while the SNGP needs Rs287bn, according to OGRA.

SSGC supplies gas to Sindh and Balochistan while SNGP supplies to Punjab and Khyber Pakhtunkhwa (KP).