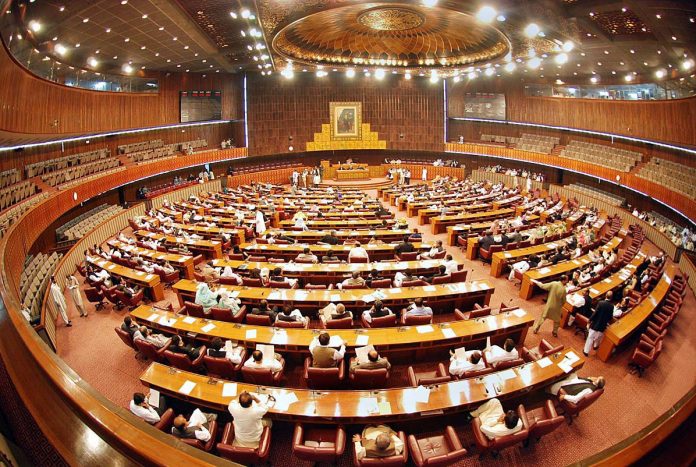 ISLAMABAD: Senate’s Standing Committee on Finance on Monday adopted 27 recommendations on the Finance Supplementary (Amendment) Bill 2018, which would be moved to the National Assembly (NA) for further consideration.

On behalf of Standing Committee on Finance chairman, committee member Mian Attique Shaikh presented the report on the proposals for making recommendations on the Finance Supplementary (Amendment) Bill, 2018.

Among the adopted 27 recommendations on the bill, the Upper House recommended to the National Assembly that the tax exemptions extended to the FATA, PATA and Malakand division prior to the 25th constitutional amendment should be restored as per law and every judgment of the Supreme Court in that regards should be honoured.

It recommended that criteria should be revised and rules be relaxed in order to increase the number of beneficiaries and funding of the Benazir Income Support Program (BISP) for Tharparkar owing to the prevailing drought situation.

The Upper House recommended to the NA that due to the deplorable circumstances for fishermen at the Gwadar East Bay, the repeatedly promised funds and development of fish-landing jetty of the west bay must be completed to end the suffering of the local population.