Pakistan among economies most vulnerable to refinancing risks 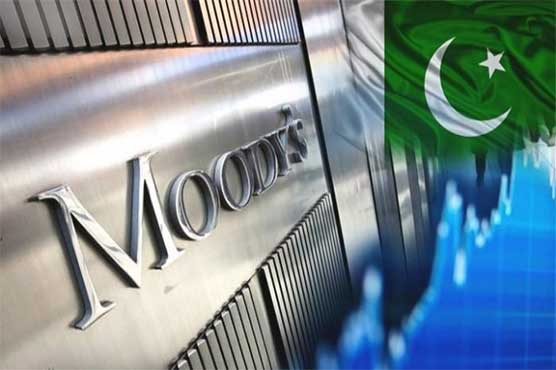 Emerging-market governments embarked on an issuance spree in recent years, taking advantage of record-low interest rates and major central banks that were pumping trillions of dollars into the economy.

But rising US Treasury yields and a stronger dollar, coupled with record lows for many developing currencies, have focused investors’ minds on just how much refinancing pressure some of those countries face.

Across frontier markets – a subset of riskier and often smaller emerging economies – some $4 billion of hard-currency sovereign bonds will mature each year from 2019 to 2021, with Asia most affected, Moody’s found. The refinancing burden will soar to $7 billion to $9 billion a year from 2022 to 2030 as large repayments come due in sub-Saharan Africa.

“As international sovereign bonds mature in 2019 and 2020, governments in Sri Lanka, Armenia and Pakistan, and to a lesser extent Honduras and Kenya will be most exposed to more costly debt financing,” Moody’s analyst Matthew Circosta wrote in a note.

“If pronounced and sustained, this would weaken debt affordability and raise their debt burdens, especially if local currencies depreciate,” he said.

While the sovereign credit ratings of Sri Lanka, Armenia and Pakistan reflected how vulnerable they are, a further hit to their foreign currency reserves could raise the risk of lower capital inflows and higher refinancing costs. That in turn could spell a cloud over credit ratings, said Moody’s.

Sri Lanka has $1.5 billion of hard-currency bonds maturing in the first four months of 2019 and another $1 billion in 2020, translating to 2.7 percent of its gross domestic product, Moody’s calculated. Armenia has $500 million coming up for repayment in 2020, which translates to 3.9 percent of GDP.

Sri Lanka’s rupee slumped to a fresh low on Tuesday and has weakened more than 10 percent against the dollar already this year. Pakistan’s rupee suffered a 7 percent drop on Tuesday in an apparent central bank devaluation after the government said on Monday it planned to seek a bailout from the International Monetary Fund.

Looking beyond 2020, both Tajikistan and Zambia face large repayments, Circosta said. Both countries had “limited track records on measures to mitigate risks.”

“Unless reserves increase markedly, these sovereigns will face significant external refinancing challenges,” he wrote. While the two countries had planned reforms that would support fiscal consolidation and reduce their external vulnerabilities, the weak effectiveness to put policies into actions pointed to significant hurdles, Circosta added.