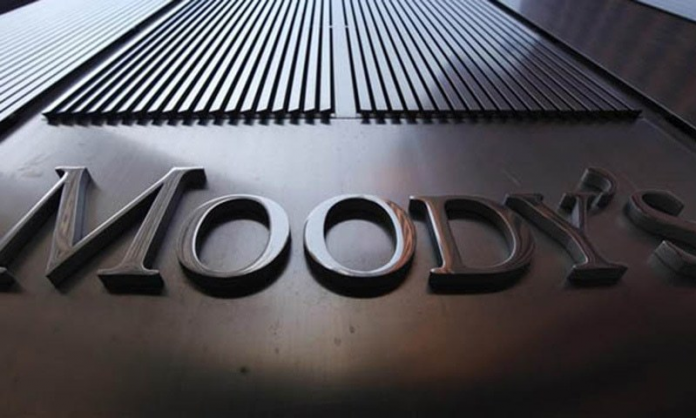 LAHORE: Moody’s on Wednesday projected Pakistan’s gross external financing needs at around $30 billion for the fiscal year 2019, due to the widening current account deficit.

According to the rating agency, the current account deficit for FY19 would total 4.6% of GDP which would be slightly narrower than the 5.8 percent deficit clocked in FY18.

Moreover, despite the central bank depreciating the Pakistani rupee by around 25% against the greenback and increasing policy rate by a cumulative 275 basis points since December last year and fiscal authorities implementing one-off measures such as a tax amnesty scheme to incentivize capital repatriation, the current-account deficit remains wide.

It said an International Monetary Fund (IMF) programme would be credit positive for Pakistan because of access to a cheap, stable source of external financing would provide immediate assistance to the government’s external financing requirements.

Moody’s said support and technical assistance from the Washington-based lender would assist macroeconomic rebalancing and the government’s structural reform agenda.

However, it cautioned that external and fiscal challenges remain, especially in light of investments, imports and external borrowing related to projects under the China-Pakistan Economic Corridor (CPEC).

It added the external and macroeconomic imbalances had risen since Pakistan’s previous program with the IMF which concluded in late 2016.

The rating agency highlighted foreign exchange reserves adequacy had fallen to a low level, barely enough to provide two months of goods imports and below the IMF’s minimum adequacy threshold of three months.

Regarding the financing gap which excludes foreign exchange reserves, Moody’s said it is likely to total $8-9 billion taking into consideration the government’s borrowing plans and their expectations for capital inflows which include portfolio and foreign direct investment (FDI) flows.

As per Moody’s, the IMF would plug the financing gap but provide a strong signal to other official sector creditors that will be crucial to meet financing requirements over the coming years.

“This is particularly the case if a more front-loaded program provides greater market confidence when Pakistan’s upcoming Eurobond and sukuk repayments totalling $1 billion each are due in April and December 2019, respectively,” said Moody’s.

It said the import bill will remain elevated due to higher oil prices and ongoing implementation of CPEC projects, which will likely amount to 9%-10% of GDP in FY19.

Moody’s stated higher government spending had contributed to the macroeconomic imbalance and projected the fiscal deficit to slightly narrow to 5.4% of GDP in FY19 compared to 6.4% in FY18 and notwithstanding the government’s recently announced mini-budget to cut development spending and raise revenue through import duties and other administrative measures.

“The government’s export package in June 2018 was extended for three years through fiscal 2021 and aims to boost export competitiveness and incentivize investment in export-oriented production by removing customs duty on exported goods, reducing sales taxes on exporters’ inputs and providing subsidies on certain raw materials. Although this extension will benefit exports, they remain half the level of goods imports,” said the rating agency.