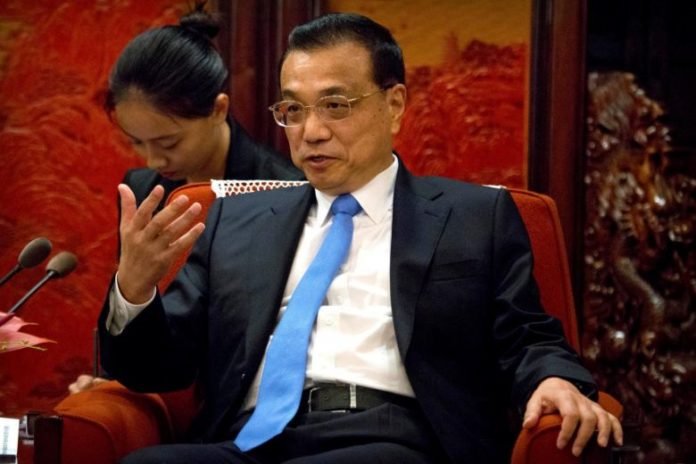 BEIJING: Chinese Premier Li Keqiang said at a meeting between Asian and European leaders in Brussels that China will continue to open up its economy, push forward reforms and improve its business environment, it was reported on Saturday.

China is in the midst of a worsening trade war with the United States, with U.S. President Donald Trump demanding sweeping changes to China’s intellectual property, industrial subsidy and trade policies.

Brussels shares Washington’s concern about China’s trade practices, but differs with the U.S. on how to force Chinese reform.

Li said that China’s economy is healthy but is facing challenges including changes to the external environment.

He said China will continue to move toward a market-oriented exchange rate, will not engage in competitive devaluation, and that the yuan can remain basically stable at a reasonable level.

The Chinese premier said he supports improvements to the rules of the World Trade Organization (WTO), but that changes must be carried out on the basis of the WTO’s existing rules and the interests of developing countries must be respected, Xinhua reported.

ISLAMABAD: The Federal Board of Revenue (FBR) on Friday held a pre-bidding conference for the grant of a five-year licence to electronically monitor (Track...
Read more
World Business News

NEW DELHI: Thousands of Indian farmers angered by farm laws that they say threaten their livelihoods have intensified their protests by blocking highways and...
Read more
GOVERNANCE