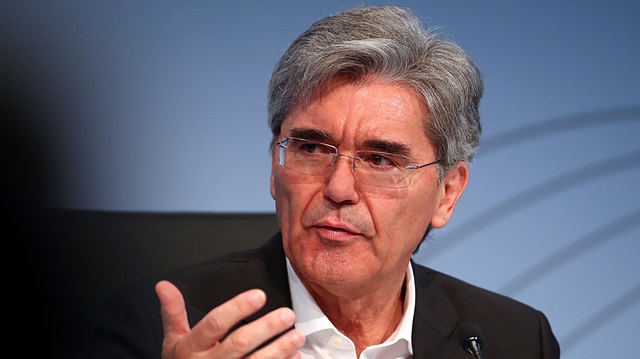 Many business executives including the heads of Deutsche Bank, Uber Technologies and Siemens rival ABB have dropped out of Riyadh’s Future Investment Initiative conference amid outrage about Khashoggi’s fate.

The leader of the Social Democrats (SPD), Andrea Nahles, called on Kaeser to follow the example of other executives and cancel his plans to attend the conference.

“I hope that Joe Kaeser will rethink this,” she told the Bild am Sonntag newspaper.

“I certainly wouldn’t participate in an event in Riyadh at the moment,” he said. “And I have a great understanding for those who have cancelled.”

“This applies in my view, for example, to the Siemens CEO who has confirmed his attendance,” he told the Welt am Sonntag newspaper.

A spokesman for Siemens said Kaeser had not yet decided whether to attend the conference. He said he expected Kaeser to make a decision on Sunday.

The engineering conglomerate has won orders to supply gas turbines, power plant components and trains to Saudi Arabia. Last year, it signed a declaration of intent to work with Saudi authorities to equip infrastructure projects which Siemens said could be worth at least a billion euros.

Merkel and Maas have reacted strongly to Saudi Arabia’s admission that Khashoggi died in the Saudi consulate in Istanbul, condemning the killing and demanding Riyadh make clear what happened.