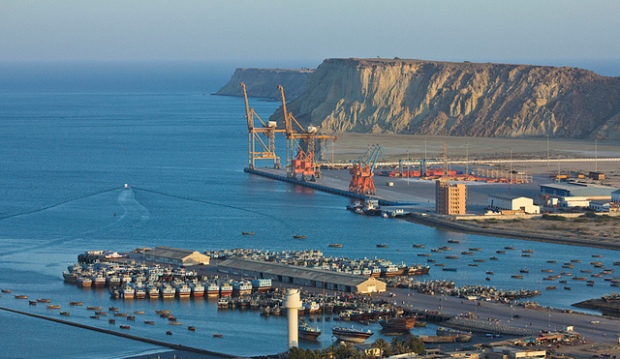 ISLAMABAD: The Chinese government’s soft loan for China Pakistan Economic Corridor (CPEC) projects accounts for only 6.3 per cent of Pakistan’s total foreign debt, said sources in the Embassy of China on Monday.

They said of all the CPEC projects, only Karakoram Highway (KKH) Phase-II, Karachi-Lahore Motorway (Sukkur-Multan), Orange Line Metro Train and laying of Optical Fiber Cable have utilised the Chinese government’s soft loan, which was guaranteed by the Pakistani government.

According to the statistics of the Ministry of Finance, Pakistan’s external debt and liabilities reached $95 billion by October 2018, whereas the total amount is around $6 billion.

They informed that all CPEC energy projects are funded by commercial loans which are borrowed and repaid by the Chinese companies, adding that there is no foreign debt on the Pakistani government.

They said that during the year when CPEC was launched (2012-13), Pakistan’s GDP growth was only 3.68 per cent which gradually kept on increasing and reached 5.8 per cent in 2017-18. Further, they added that the CPEC not only attracted much more Chinese investment in Pakistan but also made it a popular destination for investment.

“Ongoing implementation of CPEC projects are likely to contribute 9 per cent to 10 per cent of GDP in the fiscal year 2018-19,” sources claimed. CPEC’s infrastructure projects will promote Pakistan’s north-south interconnection and help Pakistan’s coastal areas strengthen ties with the northern areas, promoting coordination and development in depth and breadth.”

They said the infrastructure projects would significantly reduce the time and cost of transportation. After the completion of KKH Phase-II (Havelian-Thakot), they said, the travel time between the two places will be reduced from 4 hours to 1.5 hours, which will promote commercial development and exchanges.

The Chinese side has proposed that the special economic zones under CPEC’s industrial cooperation will provide fair access to Pakistani domestic enterprises and encourage third-party investment, they added.

Sources further informed that China will focus on helping Pakistan develop its manufacturing and export-oriented economy, while the Chinese government has encouraged its companies to increase local component in their procurement in Pakistan.