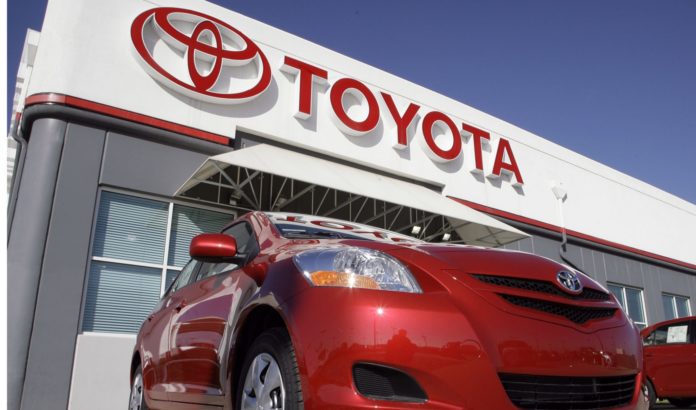 TOKYO: Toyota Motor Corp on Tuesday raised its forecast for full-year operating profit by 4.3 percent as it expects a boost from a weaker yen, after ongoing sales growth in Asia and Europe lifted profit in the July-September quarter.

Japan’s top automaker expects full-year profit to come in at 2.4 trillion yen ($21.18 billion), from a previous forecast of 2.3 trillion yen, based on a revised assumption that the yen will average around 110 yen to the U.S. dollar through March.

The increase represents largely flat profit in the year to March versus last year.

Profit was 579.1 billion yen for the July-September period, up 11 percent for Toyota’s strongest second-quarter performance since the September 2015 quarter, though it undershot a median forecast of 584.89 billion yen from 10 analysts polled by Refinitiv.

Earnings were bolstered by higher sales in China, while profitability in most of its major markets including North America improved.

The results indicate that Toyota is managing to avoid a fall in sales in China just as its global rivals are starting to feel the pinch of stalling demand for cars in the world’s biggest auto market, as broader economic growth slows.

During the July-September quarter, it posted a 20 percent jump in sales in China, which helped to lift overall sales in Asia by 9.2 percent to 417,000 units during the period.

Last week, Honda Motor Co Ltd reported a slowdown in vehicle sales in Asia largely due to sluggishness in China, while Ford Motor Co in late October posted a slide in third-quarter profit due in part to a sales slump in the country.

Toyota and its domestic rivals are facing the possible need to increase investment in North America, as Japan’s auto industry considers ways to increase localized production following the agreement on an updated trade pact between the United States, Canada and Mexico in September.

The industry is also bracing for likely higher U.S. tariffs on imports from Japan, which could deliver a negative hit to Toyota, as it imports nearly one-third of all of the vehicles it sells in the United States, its biggest market, from Japan.

Toyota’s sales in North America eased a touch to 665,000 units, while they rose 4.8 percent in Europe, resulting in a 1.9 percent rise in sales globally.