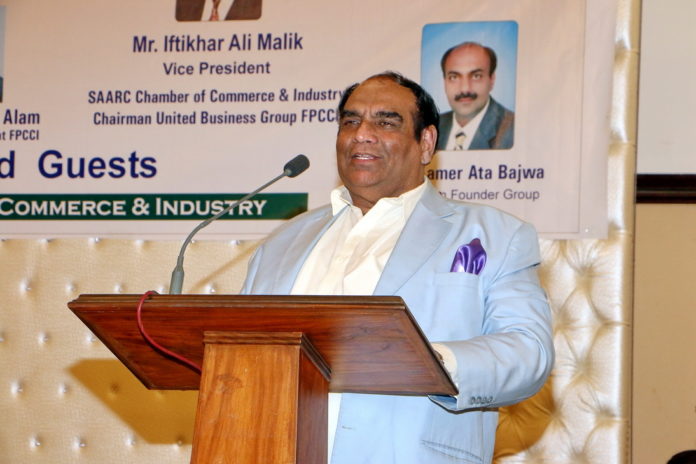 In a statement issued on Saturday, he said that if steps are taken in the right direction, the current trade volume of $8 billion between Pakistan and UAE would be surpassed in coming years.

“At this juncture, it is important to build on the historic relationship between the two countries by encouraging investors on both sides to make use of the business opportunities,” he said.

Malik proposed holding business-to-business dialogues between the countries so that new initiatives could be formulated.

He said Pakistan should take steps towards minimising the trade deficit between the two countries and focus on those items which could promote the country’s exports. He noted that imports from UAE to Pakistan increased last year from $6.62 billion to $7.23 billion whereas exports from Pakistan to UAE decreased about 1.83 per cent from $1.08 billion to $1.06 billion.

Appreciating Prime Minister Imran Khan’s sincere efforts to increase Pakistan’s export besides steering the country out of the current fiscal crisis, he said the entire nation is standing with the prime minister at this crucial time and the business community will support Imran Khan in his economic initiatives.

“It is a good omen that the prime minister received an excellent response during his maiden visits to China and Saudi Arabia,” he remarked, adding that the entire business community had already reposed full confidence on the top leadership of Pakistan Tehreek-e-Insaf (PTI).