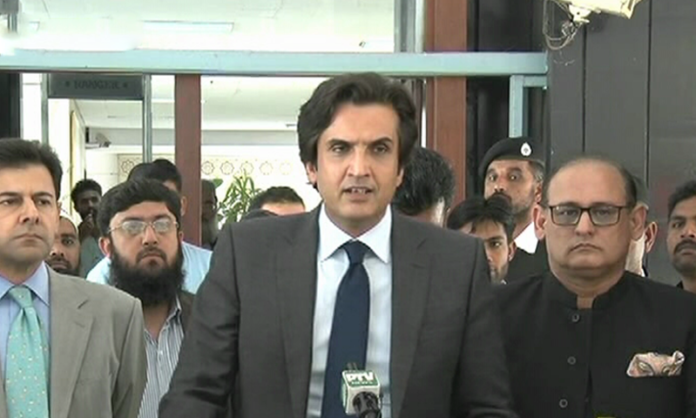 ISLAMABAD: Planning, Development and Reform Minister Makhdoom Khusro Bakhtiar has underlined that the Pakistan Tehreek-e-Insaf (PTI) government was undertaking various measures to provide a conducive environment to the local industries, enabling them to grow and enhance their capacity to boost the national economy.

The minister was talking to a delegation of the Constructors Association of Pakistan (CAP), headed by its Vice Chairman Engr Shahid Rafique, in Islamabad on Thursday. Planning Secretary Zafar Hasan and senior officials of the ministry were also present on the occasion.

“Putting the country’s economy on a sustained growth trajectory is among the top priorities of the government,” the minister stated, adding that the government was determined to resolving the issues of the local construction industries by providing them with a level playing field, as they were important partners in the development of the country.

He noted that the construction sector was the second largest in the country, after agriculture, as far as creation of employment opportunities was concerned.

The minister said that the construction sector could play an important role in implementing the PTI government’s vision of constructing five million houses for low-income groups.

“The government’s mega housing project, besides addressing housing issues, would help create thousands of jobs as well as provide a much-need boost to the allied sectors, including construction,” he remarked.

In this regard, Bakhtiar said, the construction industry could coordinate with the Housing Task Force so that the government’s vision could be materialised.

During the meeting, the delegation apprised the minister about the issues being faced by the construction industry. The delegation requested the minister to establish a Construction and Infrastructure Development Board for immediate redressal of their issues. They said the board could provide financial support on the lines of Agriculture Development Bank of Pakistan.

The delegation also sought the government’s support in securing international contracts so that the exports of construction services could be enhanced.

The minister assured the visiting delegation of the government’s complete support in addressing their problems and also directed the concerned authorities to look into the modalities of setting up the board.