‘Gwadar and Chabahar won’t compete, but complement each other’ 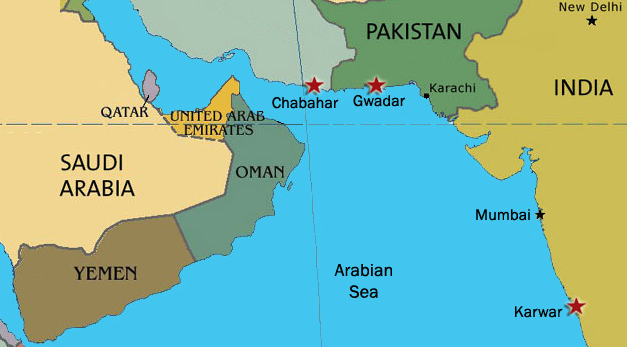 ISLAMABAD: Stressing on fostering and fortifying bilateral relations between the neighboring Iran and Pakistan, Dr Sayed Kazem Sajjadpour, the president of Iranian think-tank Institute for Political and International Studies (IPIS), identified economy and diplomacy as two key areas to immediately focus upon.

Sajjadpour was sharing his views while addressing a session titled ‘Current Geo-Strategic Dynamics: A Perspective from Iran’ which was held at the Institute of Policy Studies (IPS), Islamabad on Friday. He was heading a delegation from his institution while visiting IPS as part of a memorandum of understanding signed between the two think tanks in 2016 with a view to carry out joint studies and conferences on regional issues and fostering dialogue among scholars, experts and policy makers of the two countries.

Sajjadpour, who termed strong ties between Iran and Pakistan crucial for regional stability, said that the international politics was evolving at a rapid pace and the power corridors were beginning to switch from a unipolar hegemony to multipolar entities. The phenomenon, in the view of speaker, was furnishing more space for regional players, who too now had a greater role to play in shaping their regional scenario.

Elaborating the notion, Sajjadpour pointed that Iran and Pakistan were very important countries in South Asia without involving whom the regional issues would not be resolved. He then stressed on the need of increased cooperation between Iran and Pakistan, stating that the development would not only benefit the two countries directly but will also play a vital role in ensuring regional peace and stability.

On the question of Iran’s growing relations with India, Sajjadpour explained that the relations between the two countries were never and will never be a bond against Pakistan. He backed his argument presenting the example of Iranian Chabahar port, the development of which according to him, was not supposed to undermine or compete with Pakistan’s Gwadar port at any length. The two ports, he said, would in fact be better off complementing each other instead of competing, as such a scenario will only boast a win-win situation for all the stakeholders.

Speaking of the US’ role in South Asia, the Iranian intellectual said that Iran and Pakistan have suffered immensely at the hands of the US domination, and the sectarian politics and divide in Iran was just one example of the global power’s interference in the region. He said that Iran, like Pakistan, wants to establish peaceful relations with every country, but it was time for both Tehran and Islamabad to start taking their own decisions suiting their own interests instead of letting anyone else set the rules of game for them.

The speaker also shed light on the inner situation of Iran, stating that the real war waged on the country was a psychological one and economic sanctions and political pressures put forth were merely some tools to create anarchy in the country.

He was, however, optimistic that the country will be able to find a way out of this purposefully created chaos, and in the process, will not only break free from the waged psychological war, but will also set right the negative propaganda that is being promulgated against them.