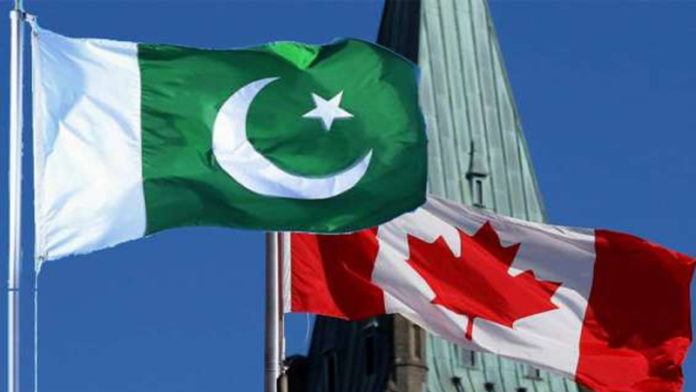 KARACHI: Canadian Trade Commissioner Margaux McDonald has said that Canada, which has been on the path to recovery since 2014, is open for trade, therefore, the business community of Karachi should focus on improving trade ties with Canadian business community.

Speaking at a meeting during her visit to Karachi Chamber of Commerce and Industry (KCCI), she said that the economy of Canada is mainly dependent on oil & gas and agriculture.

Margaux McDonald said, “The global scenario is changing as Brexit is happening while the agreement of North American Free Trade Agreement (NAFTA) was renegotiated by US Administration to a new agreement called United States-Mexico-Canada Agreement (USMCA). Under the unpredictable circumstances, Canada is looking forward to enhancing its trade relations with emerging Asian economies like Pakistan.”

She said that Canada was pursuing a strategy of trade diversification. In the agriculture sector, she added, around 70 per cent of Canadian exports to Pakistan comprised of Canola, even though there existed a huge potential to enhance bilateral trade in other items.

She said that Canada was working on developing renewable technologies and that her country could cooperate with Pakistan to evolve the same.

Speaking on the occasion, KCCI President Junaid Esmail Makda said that the mutual relations between the two countries have gradually shifted from Canada providing development aid to engaging in bilateral trade with Pakistan.

“During 2016-17, trade volume of $892 million was recorded between the two countries, of which Pakistan’s exports to Canada were recorded at $316.60 million whereas imports from Canada totaled $575.41 million. In 2017, Pakistan was Canada’s 29th largest export destination for merchandise,” he added.

Underscoring the need to undertake joint ventures in oil & gas and power sectors, he opined as oil & gas was the top industry of Canada, the Canadian companies could tap oil and gas exploration opportunities in Pakistan.

“Chickpeas and other agricultural products can also be imported from Canada,” he said, adding that other potential sectors for Canadian companies included mining, energy, agri-food, information and communication technologies, wood, and infrastructure sectors etc.

He further said that KCCI could enhance its linkages with Toronto and Montreal chambers in Canada by signing memorandum of understandings (MoUs) which would certainly yield positive results by bringing the business communities closer to each other.