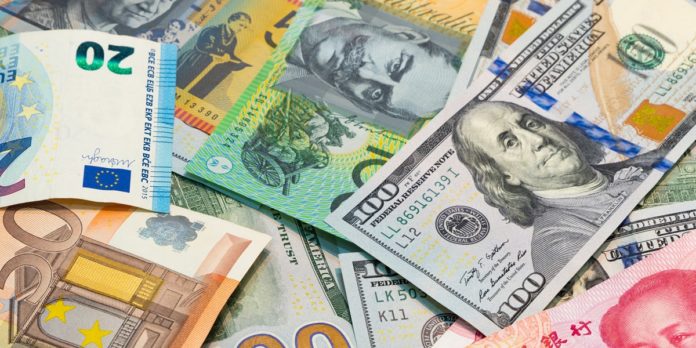 LONDON: The dollar fell to a one-month low on Thursday on growing concerns that U.S. policymakers may be raising interest rates just as the world’s biggest economy faces a slowdown.

While the Federal Reserve raised interest rates for the fourth time in a year and officials signalled they may hike three more times by early 2020, bond markets marked increased expectations the U.S. economy may be running out of steam.

The U.S. bond yield curve — a widely considered indicator of future recessions — flattened to 10 basis points and just a shade above an 11-year low set earlier this month with an inversion widely considered as a harbinger of recession.

Further fuelling growth concerns was a view that favourable investment flows such as repatriation investments from U.S. companies was slowing substantially.

Repatriation flows peaked at nearly $300 billion in the first quarter of 2018 but has shrunk to nearly a third at $93 billion in the September quarter according to latest U.S. data.

The dollar fell 0.8 percent against its rivals to 96.258, its lowest level in a month. On a daily basis, it is set for the biggest percentage drop in six weeks.

Sweden’s currency led gainers with the krona jumping more than 1.5 percent against the dollar on Thursday after the central bank raised interest rates for the first time in more than seven years.

A rate hike by the Riksbank was not a consensus view in the foreign exchange markets, with a poll showing two-thirds of analysts expected the Riksbank to keep rates unchanged. The remainder predicted a tightening.

Sweden’s decision to raise interest rates also fueled expectations that other major central banks will also hike policy rates next year with the Bank of England and the European Central Bank emerging as the most likely candidates.

Indeed, while the Fed’s ‘dot plots’ now signal two, instead of three, rate hikes for next year, the market is unconvinced and is barely pricing in one increase in a reflection of heightened market concerns of the state of the global economy.

The euro rose 0.8 percent to $1.1471 building on gains on Wednesday on news that Italy had struck a deal with the European Commission over its contested 2019 budget and some solid trade data this week.

The Japanese yen advanced half a percent, changing hands at 111.77 on the dollar and poised for fifth straight day of gains. In a widely expected decision, the Bank of Japan kept rates steady, maintaining its ultra-loose monetary settings.

The Bank of England is due to hold its final policy meeting of the year on Thursday, where markets expect the central bank to stay on hold.

While the Fed raised interest rates by a quarter point, China’s central bank rolled out a policy tool to spur lending to small and private firms in a move that some analysts termed as equivalent to a targeted rate cut.